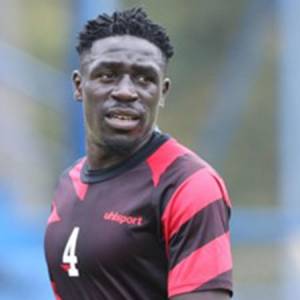 Brian Mandela Onyango is professionally known as Brian Onyango. He is a Kenyan footballer, currently, plays for the Kenya national team and South Africa's Maritzburg United, as a defender in the Premier Soccer League. His current market value is 350 Th. €.

A native of Nairobi, Kenya, Brian Onyango was born on 24th of July 1994, as Brian Mandela Onyango. His birth sign is Leo. Talking about his nationality, Brian Onyango is a Kenyan, and he belongs to the African ethnicity. He had a keen interest in sports since his childhood.

Brian Onyango began his football career professionally in 2010 with the football club, “Posta Rangers," a football club from Nairobi. However, from the team, he didn’t make any game appearance.

In the following year, he moved to “Tusker," a football club based in Nairobi, Kenya which is the 3rd booming club in Kenya with 11 Kenyan league championships and 3 Kenyan cup wins.

In 2012, Onyango signed to “Santos,” a South African football club from the Lansdowne suburb, Cape Town, which plays in the National First Division. For the club, he has made total 48 appearances and has scored three goals.

After three years with the Santos FC, Brian Onyango signed to Maritzburg United, a South African football club from Pietermaritzburg, which currently plays in the Premier Soccer League.

Brian Onyango entered in the Kenya national team in 2011. Till the date, he has made 22 appearances for the national team and scored two goals.

Brian Onyango is possibly single and unmarried. He is active on social media like Instagram and Twitter. He prefers to keep his personal life undisclosed to the media. Till the date, there is no news and rumors in media regarding his marriage life, divorce, affair or girlfriend.

Brian Onyango earns a tremendous amount from his career as a professional footballer. Although his exact figure of net worth and salary has not revealed and is under review, his Premier League salary is around €5,000 p.m. Currently, his market value is €350K.