Brandon Staley is an American football coach who currently stands as 17th the head coach of the Los Angeles Chargers of the National Football League (NFL). Early in his career, he served as the defensive coordinator for the Los Angeles Rams in 2020 as well as for the Denver Broncos and Chicago Bears as an assistant coach.

Perry, Ohio native, Brandon Staley was born on 10th December 1982, under the star sign Sagittarius. The thirty-eight years old holds an American nationality and is of white ethnic background.

How Much Is Brandon Staley's Net Worth In 2021?

Recently, Staley signed a million-dollar contract with the Los Angeles Chargers becoming the 17th head coach. However, the financial details such as contract amount or base salary is yet to disclose to the public. It's estimated the average NFL head coaching salary is roughly $6 million to $7 million. Patriots' Bill Belichick is the highest-paid coach with an annual salary of $12 million.

It's been almost 16 years that Staley is active in the coaching field, earning a decent sum of money. As of 2021, his net worth is approximately $2 million.

Staley is a married man. He exchanged the vows with his girlfriend, Amy. The couple shares three sons: Colin, Will, and Grant. Unlike other public faces, the football head coach has maintained his and his family's personal life as secret as possible.

At his 24, Staley was diagnosed with Hodgkin Lymphoma but has been cancer-free for over a decade following chemotherapy at the Cleveland Clinic. 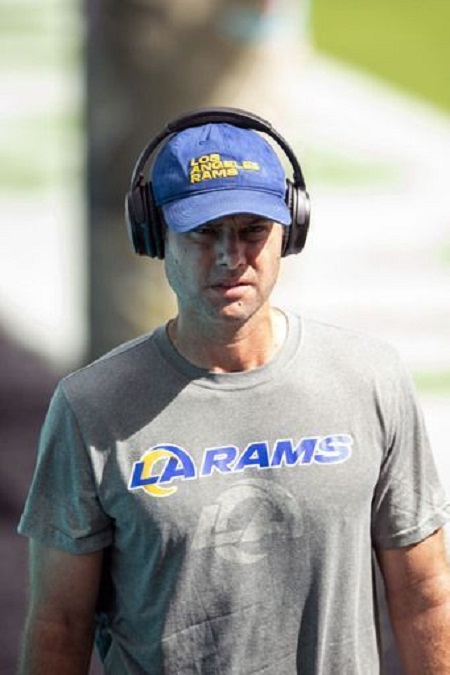 In his only year as coordinator in 2020, Staley led the Rams defense to 1st in points and total yards allowed, positioning himself as an attractive head coaching candidate around the league. On January 17, 2021, Staley was hired as the head coach of the Los Angeles Chargers.