Brandon Saad is an American professional ice hockey player. As of 2019, he is currently playing for the Chicago Blackhawks of the National Hockey League (NHL). Furthermore, he was selected in the 2011 NHL Draft by the team.

How Much Are Brandon Saad Net Worth and Salary In 2019?

As of 2019, Brandon Saad has an estimated net worth of $10 million, mostly earned through his NHL career, Currently signed to Chicago Blackhawks, Saad is reported to earn $6 million in 2019 as salary from the team. 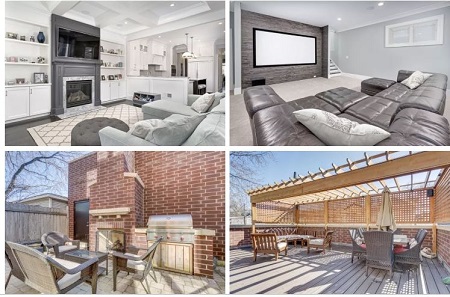 In September 2017, Brandon Saad scored West Lakeview mansion for $1.475 million. The house covers 4,500-square-foot which covers five-bedroom, four and a half bathroom.

Brandon Saad is neither married nor single. Currently, he is in a relationship with his girlfriend, Alyssa Wozniak. His lady enrolled high school at Pittsburgh, in fact, the same school that Brandon attended.

Well, there is the possibility that they dated back then, but most importantly, they are a stunning couple now. 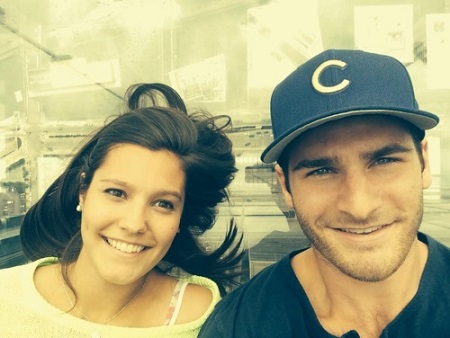 Furthermore, she is a former gymnast, graduated from the University of Pittsburg.

Brandon and Alyssa reportedly separated for some time in 2013 and got back together in the summer of 2014. As of 2019, they are living a blissful life and we are quite sure that the couple might not break their relation like that of 2013.

Brandon Saad was born on October 27, 1992, in Pittsburgh, Pennsylvania, the U.S. His star sign is Scorpio. As per nationality, he is an American and belongs to the American of Syrian descent.

His father, George Sr., is a Christian-Syrian while his mother, Sandy, is an American. At the age of 18, his father migrated to America and also aims to bring his relatives still living in Syria over to America, to avoid the threats of the Syrian Civil War.

Saad played in the 2005 Quebec International Pee-Wee Hockey Tournament with the Pittsburgh Hornets minor ice hockey team. Further, he played for the Mahoning Valley Phantoms to start his amateur ice hockey career in the 2008-09 season.

He played the following season; he played within the USA Hockey National Team Development Program in the United States Hockey League (USHL). For the 2010-11 season, he transferred to the Canadian Hockey League (CHL).

At the 2011 NHL Entry Draft, Saad was selected by the Chicago Blackhawks in the second round, 43rd overall. He signed a three-year, entry-level contract with a team on October 4, 2011. Later three days, he made his NHL debut with the Blackhawks against the Dallas Stars.

On 21st April 2012, he scored his first NHL point with an assist on a goal by defenceman Nick Leddy against the Phoenix Coyotes, an eventual 2–1 win for Chicago. What's more, he won the Stanley Cup with the Blackhawks in 2013 and 2015 alongside teammates Niklas Hjalmarsson, Jonathan Toews, and Brent Seabrook.

Thanks for a great start to my career and great memories, but I'm excited for a new start in Columbus!

On July 3, 2015, he signed a six-year contract extension with the Blue Jackets worth $36 million.