An American native Brandon was born as a Brandon Sean Michael Brennan on July 26, 1991, in Mission Viejo, California. Additionally, he was born to Sean and Kelly Brennan and grew up along with his sister, Conery who is majoring in biology.

The 18th best-paid player of Mariners, Brandon has a net worth of $0.5 million. Brandon is currently under a contract with Seattle Mariners, and as per his agreement, he signed one year / $575,000 deal. Additionally, his contract with Mariners guaranteed him the amount of $575,000, and an annual average salary of $575,000.

Reportedly, the famous baseball player Brandon is unmarried and the news about his relationship and affairs has never aired in the media. So, he is possibly single and might be waiting for the perfect girl to arrive in his life.

Brandon seems to be an animal lover and exploring his social account; we found that he has adopted a dog whom he considers as his buddy.

On the occasion of his dog's second birthday, he posted a picture with a caption: "Happy 2nd bday to this crazy pup! Dude always makes my day! Miss you like crazy buddy and I’ll see you soon buddy!"

On June 14, 2019, due to his Right shoulder strain, he was placed on the 10-day injured list by the Mariners. As a result, he was sent on a rehab assignment to AZL Mariners and Tacoma Rainiers respectively. Eventually, after recovering, on August 6, 2019, he was activated from the 10-days injury list by the Seattle Mariners.

The Chicago White Sox draftee, Brandon currently plays as a pitcher for the Seattle Mariners of Major League Baseball (MLB). Brandon was selected as a 40th round of the 2010 MLB draft by the Colorado Rockies. 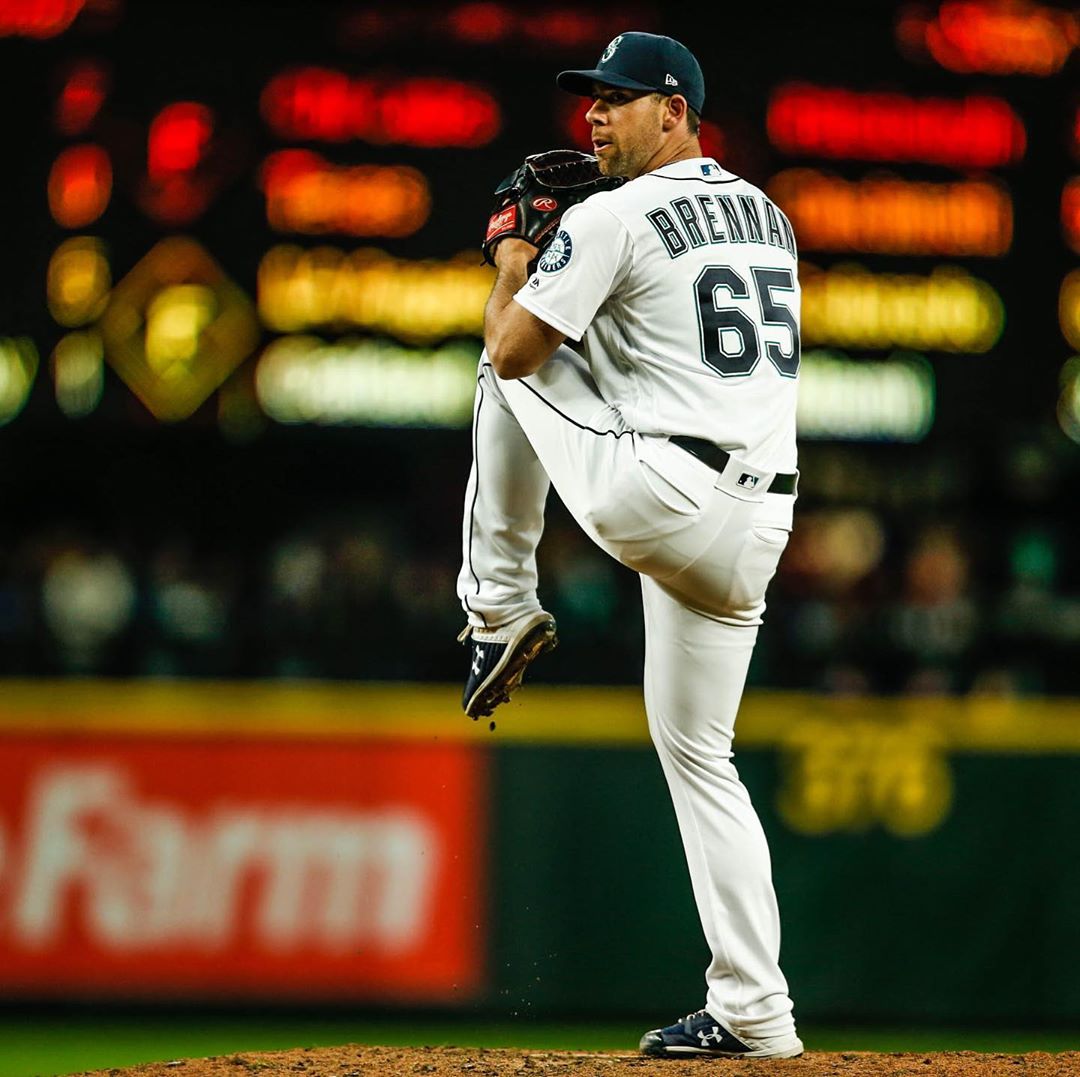 Moreover, he made his MLB debut on March 21, 2019, playing for the Seattle Mariners. Although he was a free agent after the 2018 season, Mariners selected him as a  13th pick in the Rule 5 draft. Some of the famous MLB players he is playing with are Felix Hernandez, Kyle Seager, Dee Gordon, and many more.

If you want to know more about MLB players, visit Playerswiki.