Chris Sale is a baseball player by profession who currently plays as a pitcher for the Boston Red Sox in Major League Baseball. He was named All-Star for consecutive seven years from 2012 to 2018. Red Sox's pitcher is also nicknamed "The Conductor"  because of his unusual but effective delivery of the ball. He is also a World Champion with Boston Red Sox in 2018.

Along with titles, Sale has also some records in his name. He is the fastest player to reach 2,000 strikes in the fewest, 1626 innings. He has had 1.23 career strikeouts per inning for Chicago White Sox and Boston Reds.

Christopher Allen Sale was born on March 30, 1989, in Lakeland, Florida, United States. So, as of August 2021, he is just 32 years old. His birth sign is Aries and of Caucasian ethnicity.

The 7 times All-Star attended Lakeland Senior High School and used to play basketball and baseball. In 2007, MLB drafted him in the 21st round of the MLB. But Sale decided to finish his degree rather than joining MLB and went to Florida Gulf Coast University. There he played college baseball for the Florida Gulf Coast Eagles.

The FloridaEagles pitcher was named the Collegiate Baseball Player of the Year and Atlantic Sun Conference.

What is the Net worth of Chris Sale?

Chris Sale has an estimated net worth of $60 million. He is one of the richest baseball players in America and currently earns about $29 million per year. 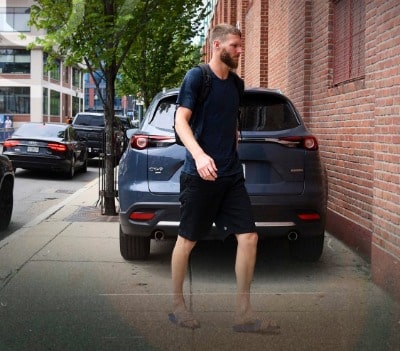 His main source of income is playing baseball for different teams.

In 2020,  Chris Sale signed a 5-year contract worth $145 million with Boston Red Sox. He will be earning an average of $30 million per year with Red Sox.

In his first contract with Whites Sox, he made $131,000 in a year. It has significantly increased since then. It reached $6 million in 2015 and now has an average of $30 million.

He lives a luxurious lifestyle with his wife and 3 children.

Who is Chris Sale married to? What about his kids?

Chris Sale is currently married to Brianne Aron. The couple started dating in their college days and later tied their knot on January 11, 2011. The wedding ceremony was held in Fort Myers in the presence of their close friends and family members. 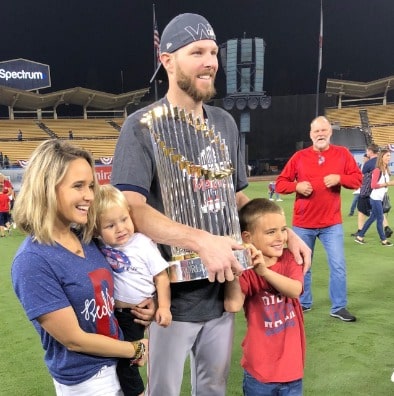 Brianne is also a graduate of Florida Gulf University. Chris met his former girlfriend and current wife in his second year.

Brianne and Sale are blessed with 3 children. Their younger's son's name is Rylan Sale. Their second son is Brayson Sale who was born on 14 December 2019.

Chris has a height of 6 feet 6 inches and currently weighs around 82 kg.

Chris Sale used to play high school and college baseball but made his professional debut with White Sox in 2010.  He played there for six years and went to Boston Red Sox in 2017. 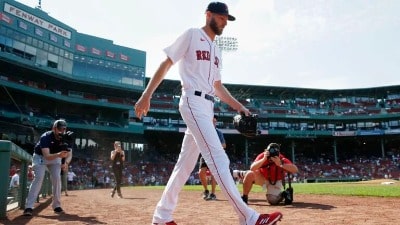 Recently, he made his contract extension with Boston up to 2025.