Philadelphia, Pennsylvania native, Brad Wanamaker was born on July 25, 1989, under the star sign Leo. The 6 ft 3 inches (1.91 m) tall holds an American nationality and belongs to the Afro-American ethnic background. He finished his college career at the University of Pittsburgh.

Currently Under $1.4 Million Contract, How Much Is His Net Worth?

He's the 13th best-paid player of the Boston Celtics this year, whereas Kemba Walker, Gordon Hayward, and Marcus Smart are ranked 1st, 2nd, and 3rd respectively.

Not to mention, his eight years long career in Europe League has earned him a tremendous fortune. Further, her other income-generating source is his endorsement deal. Currently, the athlete is signed with Nike. 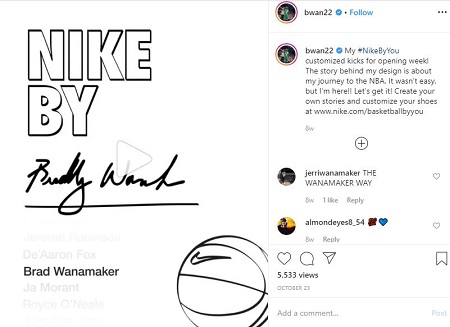 Brad Wanamaker is married to his girlfriend, Michelle. The couple started dating back in 2007. After being in a relationship for a long time, the couple tied the knot on 19th June 2015, in an intimate ceremony. 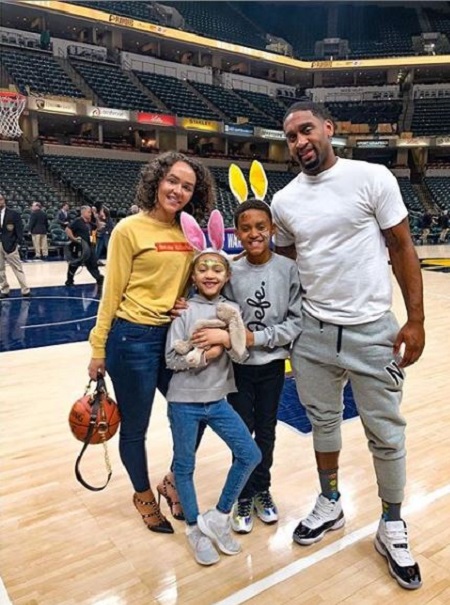 Furthermore, the couple is a proud parent to their two children: a son and a daughter.

Brad was born to parents: Bradley Wanamaker, Sr. and Deborah Samuel. He has two brothers: Brian Wanamaker and James Samuel.

He enrolled at a Roman Catholic High School in his hometown. There he played high school basketball and was named the Philadelphia Daily News' Player of the Year as a high school senior.