Bouna Junior Sarr, professionally known as Bouna Sarr, is a popular Senegalese professional soccer player who is playing for the Bundesliga side Bayern Munich. There, he is positioned as a right-back and winger. The multi-talented player also serves the Senegalese national team globally and has 13 games in his international stats to date.

Also, he is the African Cup of Nations 2021 gold medalist, where he aided Senegal in winning that Championship. To your knowledge, Bouna is a former player of Metz and Marseille. Before joining Bundesliga, he played nine years of his professional career at the French side.

Height And Weight Of Bouna Sarr

Having the Senegalese origin, Bouna has a skin complexion of the dark. The strong defender has a muscular body with a height of 1.78m or 5 ft 10 inches. The professional is also seen regularly hitting the gym to maintain his excellent physique. He weighs around 69 kg.

Bouna Sarr, the versatile defender for Bayern Munich, is a 30 years old football player born on January 31, 1992, in Lyon, France. His full name is Bouna Junior Sarr. The right-footed soccer player represents himself wearing jersey number 20, and his sun sign is Acquarius. Though he was born in France, his ancestors are of African origin. He was born to a Senegalese father and a Guinean mother.

We can say, he is a tri-citizenship cardholder of Senegal, Papu Guinea, and France due to his ancestry and birth nation. However, he remains muted about his family detail. Thus, its remains under the radar. Moreover, there are no facts on his early and academic life as well.  What is more, neither he nor his parents mentioned anything about the migration to France from Senegal. As a consequence, his family background remains very mysterious.

Everything On His Club And International Appearances

The 5 ft 10 inches tall defender Sarr's parents enrolled him in FC Gerland in 1998 at age six. Subsequently, he played for Lyon and Metz from 2005 to 2011. Just appearing two years for the Metz youth team, Sarr made it to the Metz II team in 2005. His extraordinary performance for the second team caught the eye of the first team coach, who later on called him to the first team in 2011. He played 96 games sending the ball seven times behind the net.

On 7 July 2015, he made his move to Marseille, agreeing on a five-year contract. Shortly after the expiration of his agreement, the 2021 African Cup of Nations gold medalist signed for Bundesliga team Bayern Munich on 5 October 2020. After ten days, he made his Bayern debut in DFB-Pokal in a match against FC Duren.

Although he could legally play for France, Papu Guinea, and Senegal, Sarr opted to represent Senegal. His debut match for the Senegal game came on 9 October 2021 against Namibia in the world cup qualifying match. Not only that, he competed with the Senegal team in the African Cup of Nations and also succeeded in winning the trophy.

Bouna's Salary and Net worth

Ex-Metz player Bouna Sarr 30 financial condition is extraordinary. He is currently playing for the World's top Bayern club, considered one of the world's richest and most highly-paid football clubs. Playing for Bayern Munch, he credits his bank balance in millions. According to the Salary sports data, Saar is listed in the 20th ranking in terms of wage payment. In a week, he receives £69,000, which equals £3,588,000 per annum. Moreover, when he signed a deal with Marseille in 2019, he whopped an impressive wage of £1,820,000 yearly and £1,872,000 in 2019. His current net worth is £11,625,240. 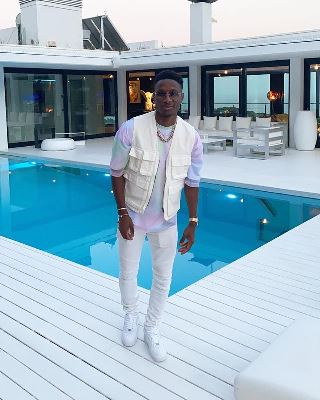 Also, he owns multiple luxurious mansions, which he flexes on his Instagram. Bouna Sarr comes after Sadio Mane when it comes to highly-paid Senegalese players in the meantime. Besides soccer, he has worked with several companies and commercial ads, boosting his net worth. However, the revenue from it is yet to be transparent. All credit to his hard work and utter discipline towards his job, he is enjoying his luxurious life in Germany.

Is He Married? Love Affairs

The 30-year-old football player is not married yet. He has kept his personal life low-key. As a result, determining his love life is very challenging. Not only that, there is no post on any sites that hints about his relationship matter, due to which there is nothing much about his love life. Who knows, he might be secretly dating.

Yet, viewing his post on online media, we safely express that Senegal international is single and unmarried.

Bouna Sarr suffered a career-threatening injury in recent times. He suffered a horrific left knee injury missing the Championship League match with Barcelona. He has to undergo Knee surgery on September 12, 2022. Thankfully, everything went as planned, and the surgery was successful. 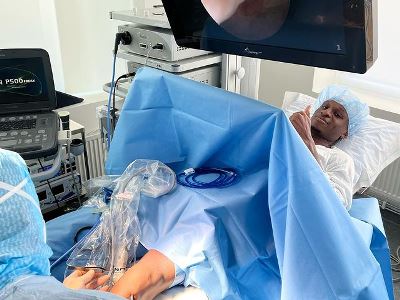 However, he is yet to feature in competitive games due to patella tendon issues.

Bouna is a regular media user. He is accessible on various social platforms. But among all, he prefers Instagram. To your knowledge, Sarr is one of the most searched and known players in Senegal. He has a strong presence on his Instagram account @bounasarr, with a fan following of 504k. Also, its Instagram id is featured with a blue tick denoting it as a verified account. He has 225 posts, most of which are about footballing careers.

Sometimes, he comes on live to interact with his fans. We can get most of the personal and career-related information. In addition, he also promotes his sponsorship and brands.

For more diversifying facts and gossip about your favorite athlete, visit Playerwsiki.