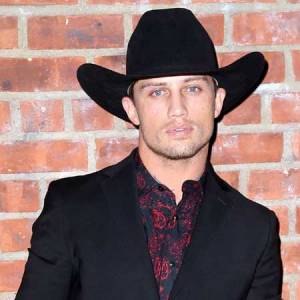 Nevertheless, his bull riding career ended short due to neck injury where he sustained a break to his C-2 vertebra. After that, he chose the modeling field as his career path.

A native of Odessa, Texas, Bonner Bolton was born on 1st June 1987, under star sign Gemini. As per nationality, Bolton is an American and belongs to white ethnicity.

Bolton was raised alongside siblings Brody, Bridger, Brylee, and Bliss. Their mother, Sally Bolton is a house maker while their father, Toya Bolton was a professional rodeo cowboy for 15 years, who won the George Paul Memorial in his professional bull riding days in 1991.

Bolton approached his father about riding a bull. Furthermore, he also learned to train a horse in a ranch located between Odessa and Gardendale, Texas, which his family owned since 1903.

When Bolton was just 10 years old, he joined the junior redo. Also, he received his education from Odessa College and Texas Tech University through bull riding scholarships.

At age 20, Bolton earned his first bull riding world title. Straightaway to his career achievement, he is the 2007 World Championship and 2011 Las Vegas championship. In 2013, Bolton made his debut in CBR season tour where he rode every bull he drew and won a Hy O Silver buckle and a monetary prize as well as took home the Hobbs championship title.

In 2015, he was ranked 4th in the PBR World Finals. Not only this, but Bolton also performed as a stunt double for actor Scott Eastwood in the film The Longest Ride, becoming the only one of four doubles who managed to make a virtually eight-second ride on the PBR top-ranked bull Rango for an ending scene.

Nevertheless, Bolton’s bull riding career was cut short following his neck injury during a dismount from a bull he had just finished making an eight-second ride on at a PBR BFTS even in January of 2016. It was reported that he broke his C-2 vertebra and was temporarily paralyzed. Later he underwent spinal fusion surgery and doctors inserted a metal brace around the broken vertebrae.

On 1st March 2017, Bolton was named as one of the celebrity contestants participating on the 24th season of Dancing with the Stars. He was partnered with Shama Burgess however, he along with his partner was eliminated on 8th May 2017, reserving the 5th place.

Bonner Bolton, 31, is possibly single and unmarried as he has not revealed any information about his love life, not even his relationship status. Though he has post few photographs with ladies in his official Instagram, it’s only his modeling photographs.

Once, Bolton was rumored being in a love affair with his DWTS partner Sharan Burges. But the rumor cool down after, he said that he is currently single and has no girlfriend or wife.

While Bolton’s bull riding career, he took home $54,100 in 2007. As of now, he is fully focused on his modeling career. He has been featured in the various magazine, and ad campaigns including Boot Barn’s County Chic apparel, Br4ss underwear campaign, and Cosmopolitan.