Robert Frank Bradley a.k.a Bob Bradley is an American soccer coach who stands as the head coach of Toronto FC. He is the first American to coach a European first division Stabaek of Norway and a Premier League club, Swansea City.

Montclair, New Jersey native, Bob Bradley was born on 3rd March 1958, under the star sign Pisces. He holds an American nationality and is of white ethnic background.

Upon his graduation, Bradley shortly served worked in The Procter & Gamble executive training program before joining the Ohio University sports management graduate school in 1981. There he became head coach at the age of 22.

In 1983, he worked as an assistant coach and scout for the University of Virginia for two years. From 1984-85, he worked at his alma mater, Princeton, leading the Tigers to win two Ivy League titles and reaching the NCAA Final Four in 1993.

In 1996, Bradley was appointed the assistant coach at D.C. United of MLS. Following back-to-back championship seasons with DC, he was hired as the first head coach of the Chicago Fire, an expansion team that began play in 1998.

He directed the newly assembled squad to the MLS Cup and U.S. Open Cup double in its first season and was named MLS Coach of the Year for his achievements. He won a third trophy in 2000 when the Fire again won the Open Cup.

In 2002, Bradley joined the MetroStars as their head coach. During his stint, MetroStars advanced to the U.S. Open Cup final for the first time in club history in 2003 and earned a playoff berth. Bradley stayed with the MetroStars for three years before he was fired with three games left in the 2005 regular season.

On 14th September 2011, Bradley take over as manager of the Egypt national team. Egypt was perfect in its first six matches of qualifying for the 2014 FIFA World Cup but fell decisively to Ghana in the third-round playoffs. Bradley was not retained following Egypt's elimination.

On 2nd January 2014, Bradley signed to manage Stabaek Football in Norway, making him the first American to manage a club in a European top flight. At the end of the 2015 season, he would be leaving the club.

On 10th November 2015, Bradley was officially introduced as the new manager of French Ligue 2 side Le Havre AC. He led the team to a tie-on point with FC Metz for third place in the league and the final promotion place. However, Le Havre AC was left in fourth based on the goals scored tiebreaker.

On 3rd October 2016, Bradley was appointed as the new Swansea City's head coach, becoming the first American to manage a Premier League club.

On 27th July 2017,  Bradley was announced as the team's first head coach for the inaugural season of Los Angeles FC, which is an expansion Major League Soccer team that began action in the 2018 season.

On November 24, 2021, Bradley was announced as head coach and sporting director of Toronto FC.

Bradley is a married man. He tied the knot with Lindsay, who is a former University of Virginia lacrosse player.

Bradley and Lindsay are yet to come out with their love story. It's still unknown when the couple exactly got married. 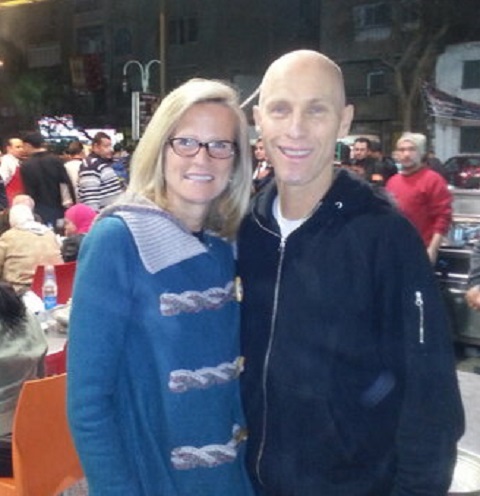 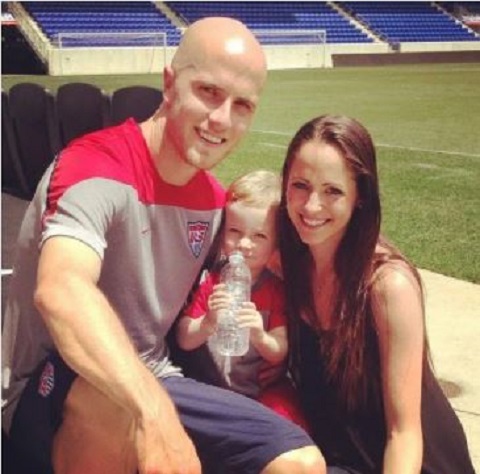 Michael is married to Amanda, a former University of Rhode Island tennis player.
On 30th September 2012, Michael and his wife welcomed their first child, Luca followed by a daughter, Quinn Elle, who was born on November 17, 2014.

Scott is a former baseball player who played for the MLB teams the Chicago White Sox, Seattle Mariners, New York Yankees and Cincinnati Reds in the 1980s and 1990s. Currently, is the baseball coach at Princeton University.

Likewise, Jeff Bradley is a sports journalist who had stints with ESPN and the New York Daily News.

As of 2021, it's been five decades that Bradley is in the soccer coaching field, managing Europen first division to Premier League to MLS, he has made it all.

Currently, he is signed to Toronto FC of MLS. Neither the team nor Bradley has disclosed the financial deal. However, we believe his annual salary is no less than the six-digit figure.

While with Los Angeles FC, Bradley was the 4th highest-paid coach in the league with an annual salary of $449,025.

Though his actual figure of net worth is under the shades, his net worth in 2021 is between $5 million to $8 million.

A low-key person, he has not revealed any details regarding his real estate portfolio or vehicles he rides.