Bernarda Pera is a rising Coratin born American tennis player. She has been playing at the professional level for almost a decade. Bernarda has won nine singles and eight doubles titles on the ITF Circuit. Pera is currently ranked at No. 139 as of April 2021.

Bernarda Pera was born on December 3, 1994, in Zadar, Croatia. She is among the three children born to Valter Pera and his wife, Lidija Pera. Her father is an American citizen and moved to Croatia in 1990, where he met her mother but later returned to the states for his work. She has two siblings, Ana and Adrea. Bernarda stands five feet and nine inches tall and weighs 80 kgs.

Bernarda Pera has an estimated net worth of more than $1 Million. She credits most of her net worth to her successful career in tennis. A tennis player need not win a tournament to earn prize money. They are paid based on their positions in the game. Also, Pera must be making millions from sponsorship and endorsement deals. 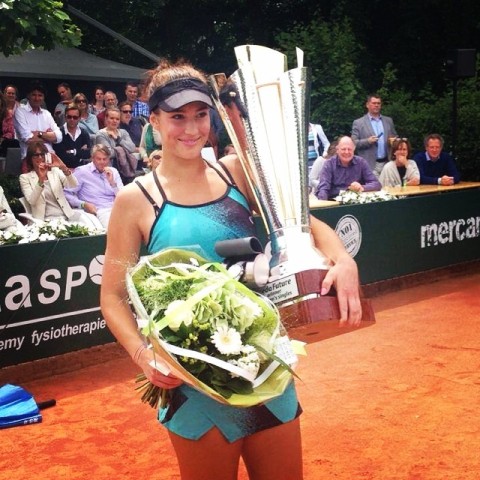 Pera has already earned $163,000 in the ongoing season of 2021. The player has been playing under the US Open series and has made $314 808 from her Singles career and $47,000 from Doubles. Totaling her prize money from tennis matches, it sums to $1,707,491. Bernarda is very much early in her career. She is very much earlier in her career and will add millions to her net worth in the upcoming days.

Who is Bernarda Pera Dating? Know About her Relationship Status and Her Boyfriend

Bernarda Pera is very much open about her relationship status. She is an active social media user and keeps sharing photos with her boyfriend. Pera has been involved in a romantic relationship with Kristijan Krajina. The love birds have been dating each other since 2018. Nothing much about their first meeting instance is shared with the public. 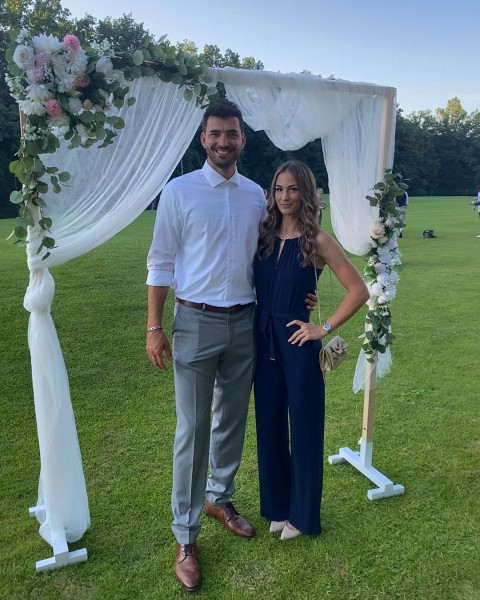 CAPTION: Pera along with her boyfriend, Kristijan, at an event SOURCE: [email protected]

Kristijan is a Croatian professional basketball player currently playing for Fribourg Olympic of the Swiss Basketball League. Pera keeps attending to her boyfriend's games, and so does her boyfriend. Both of them seem to be very much supportive of each other.

Pera won a single match against a top-10 player in 2018 at the Australian Open against Johanna Konta. She won her last ITF finals in May 2019 against Anna Blinkova and won her ITF Doubles in April 2017 against Cristiana Ferrando and Camilla Rosatello. Bernarda is ranked at No.70 in the World Tennis ranking. She ranked at No.59 in March 2020, which is her highest ranking to date.