Ben Bredeson is a professional American footballer who plays as a guard for the New York Giants of the Nationa Football League (NFL). As of now, he has played for various teams, including Baltimore Ravens and New York Giants. The American guard played his college football at Michigan University. Bredeson got into NFL after being selected by the Baltimore Ravens in the 2020 NFL Draft.

The former Baltimore Ravens guard Ben Bredeson was born on 20 February 1998 in Hartland, Wisconsin. Talking about his age, Bredeson is just 24 years old, and his zodiac sign is Pisces. His roster status is active. The American footballer Ben stands tall at 6 ft 4 inches and weighs around 143 kg. He belongs from a white ethnic background.

The Gatorade High School player of the year winner Ben Bredeson hasn't disclosed a hints about his parents. Reportedly, he has shared his sibling's post on his Instagram. Along with him, Bredeson has two sibling brothers: Jack Bredeson and Max Bredeson. 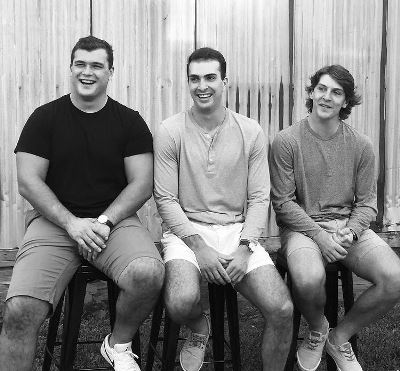 Ben and his younger brother Jax and Max SOURCE: Instagram

Ben is very closed to his brother and loves spending time with them. His brothers also attend his almost every game and cheer him up.

Who is Ben Bredeson dating presently? Relationship and affairs

New York Giants jersey no. 68 is dating a girl named Tatum Skaggs. The couple gives a space to their fans to sneak into thier personal life via social media. His Instagram post is almost full of thier photos. 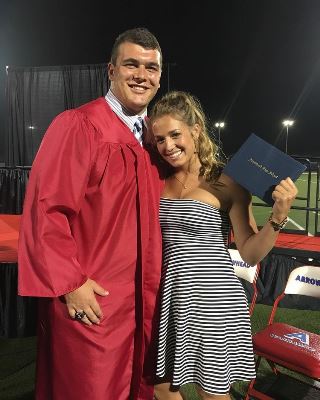 The Loves birds are yet to get married, but probably they will exchange their wedding vows quite soon. They are very happy and satisfied with each other.

Ben Bredeson NFL career earnings, salary and net worth as of 2022

First-team All-Big Ten member Bredeson is a well-established player and a role model for many people. Observing his lavish lifestyle, he seems to be making massive fortunes from his football career. Former Michigan offensive lineman signed a four-year deal woth $3.79 Million with the Baltimore Ravens in 2020, including $494,401.

Presently as a Giants guard, the Hartland-born player received an annual salary of $8,95,000. Hence, as per the sources, Bredeson's approximate net woth is around $1.5 Million.

Former Michigan lineman Bredeson had a keen interest in football from an early age. When he grew up, his love and passion towards football grew even more. He did his high school level at Hartland and late on committed to Michigan University to play college football. Bredeson's parents were very supportive and encouraging of his interest and talent. 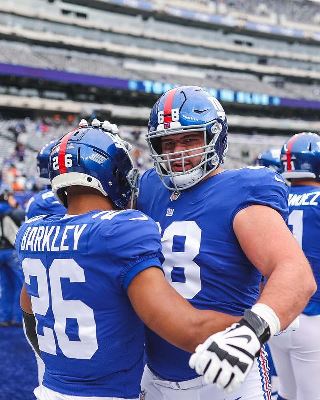 In his freshman season at Michigan, he switched from Offensive tackle to guard. The American athlete Bredeson's performance and skills amazed them too. Following the 2019 season, the New York Giants guard was named to the All-Big Ten Offensive first-team. In 2020, he was eligible for the NFL Draft, and all credit goes to his hard work and dedication; he got drafted by the Baltimore Ravens in the fourth round of 2020 NFL Draft.

During his rookie season with Ravens, he appeared in 10 games, mostly in reserve and in a special role. After just playing a season, the Ravens were assured to trade Ben Bredeson to the New York Giants long with a 2022 fifth the pick and a 2023 round, seventh pick in exchange for a 2022 fourth-round pick. Son of former center Illinois State Bredeson debuted in the NFL against the Washington Football team in week 2. The Giants jersey no. 68 NFL journey has been a hell of a ride.