Baseball Right Fielder J. D. Martinez Dating Anyone as Girlfriend or Is He Married? 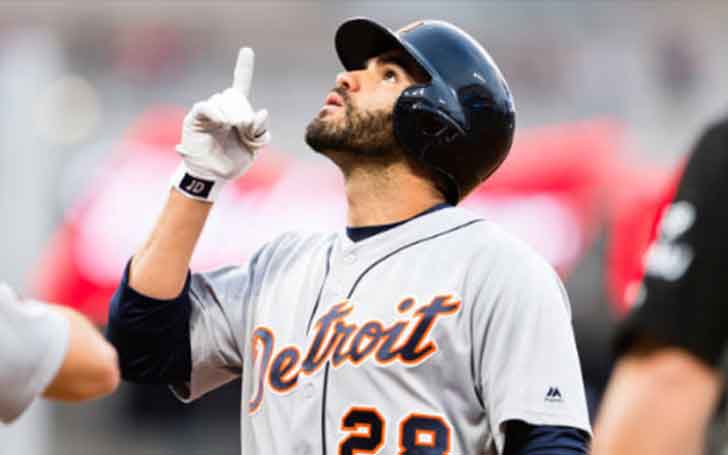 Is J.D. Martinez married? His relationship with Ariana Aubert

J.D. Martinez is not married, however, he is not single either, as he is currently in a relationship with his girlfriend Ariana Aubert whom he has dated for quite some time now.

The exact details of when they met and when they started dating are unknown, but according to sources, both of them attended Flanagan High School together in Miami which means - they met when they were teenagers. JD graduated a year before his girlfriend.

Above all, we also assume that they started dating at the same time around which makes them high school sweethearts. 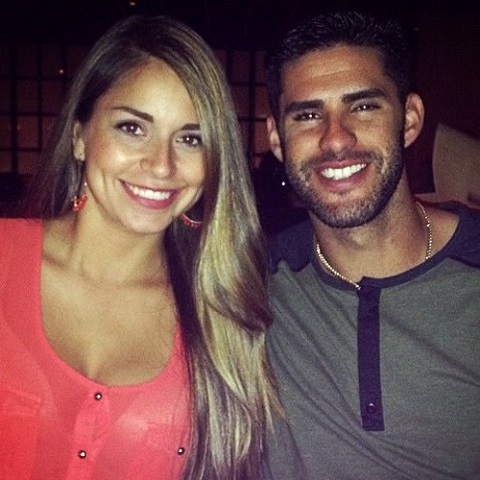 The assumptions can be correct to some level because the pro baseball player has not been involved in any rumor or controversy when it comes to his love life. It proves that he is a very committed man and takes his relationship with the former cheerleader, Aubert, very seriously.

Waiting in line for a Halo competition for my bf. Getting weird looks... #watchout #halochamp@JDMartinez14

JD's girlfriend Ariana was a cheerleader for Miami Dolphins for five seasons and also attended the Red Bull Flugtag competition where she was a Red Bupp brand ambassador in 2012.

Moreover, the couple is very close, and they can be seen on each other social media sites very often. According to sources, gorgeous Aubert has even accompanied her beau Martinez at his training numerous times.

And in 2013, the couple also shared pictures of each other having a good time in Las Vegas.  Likewise, when Martinez is busy, she can be seen traveling a lot, and her Instagram is filled with her adventures like skydiving and much more. 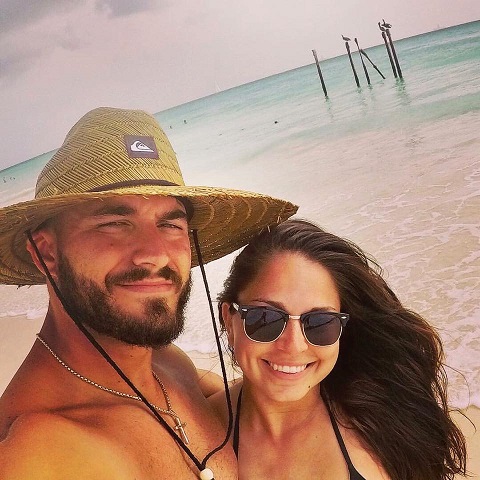 Do J.D. Martinez and Ariana Aubert have any children?

Neither of them has any children from their other affairs, and as you must already be aware by now that they have been together since high school, they have not had any side affairs which says a lot about their relationship.

Meanwhile, despite the fact that Martinez does not have any children, he has shown excellent parenting skills. The baseball player often shares pictures of himself with his nephews and nieces on his Instagram and shares details about his life as an uncle.

Though they are not his children, at first sight, it seems like they are his children and taking care of them like a true parent.