Bartlomiej Dragowski is a professional Polish football player who plays for Serie A club Fiorentina. Besides that, he also plays for the Poland national team and has represented the team at various levels. The 24-years-old player started his playing career with Jagiellonia Bialystok, where he made over 50 appearances before coming into the team of Fiorentina in 2016.

Apart from being known for his work, Dragowski is famous as the son of former footballer Dariusz Dragowski. His father is a former Polish professional footballer who played as a midfielder. He is the product of the local Jagiellonia youth system. The former player won the national junior championship in 1988 under Jerzy Brzeczek. And his senior team debut came in the same year. Likewise, he also played for Siarka Tarnobrzeg and Wigry Suwalki.

A Look At His Parents and Early Life

Bartlomiej Dragowski was born on August 19, 1997 in Bialystok, Poland. As of early 2022, he is 24 years old. Not to mention, Dragowski holds Polish nationality and stands at 6 feet 3 inches (1.91 m). In addition, his nickname is Baba Yaga. He was raised by his supportive parents named Justyna Dragowski and Dariusz Dragowski.

And it seems like Dragowski is the only child of his parents as there is no news of his siblings. As said earlier, his dad is a former footballer, and he was a customs officer at the time of his retirement.

Dragowski made his debut on May 27, 2014, in a match against Korona Kielce. During that time, he was just 16 years old. And in August, he was provided with a chance to stand in goal for Jagiellonia as a substitute following the release of Jakub Slowik in a game against Slask Wroclaw. 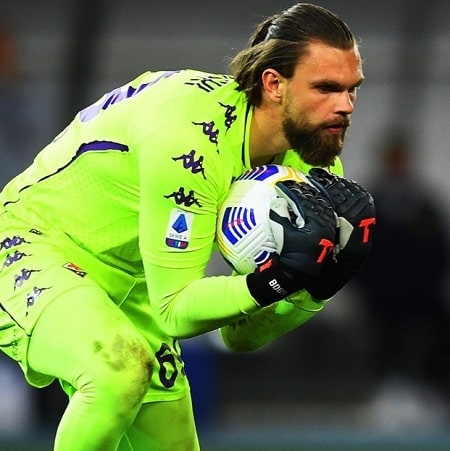 Following his performance during the match, he owned the number one jersey and, in the season, his first full campaign in professional football. Not only that, but Dragowski was also named the division's Best Goalkeeper, Discovery of the Season and voted third-best player overall. Moreover, he made 69 appearances for the club across all matches, including in which were arrivals in the league, Polish Cup and UEFA Europa League.

On July 4, 2016, Dragowski made headlines after signing with Serie A side Fiorentina. His contract with the team was for five years. Dragowski took a difficult first season at the club, finding himself as the third-choice goalkeeper after Ciprian Tatarusanu and Luca Lezzerini. During that time, he also suffered a knee injury, leading him out for several months.

Furthermore, his debut, and only league appearance for the season, came on the campaign's final day when he began in a 2–2 draw in the match against Pescara. Likewise, on January 22, 2019, Dragowski joined Empoli on loan until June 30, 2019. Once again, he came into the limelight after saving a clean sheet and making 17 saves in the Serie A game against Atalanta on April 15. In total, Dragowski faced 47 shots, of which 18 were on target.

Apart from his club career, Dragowski has also performed amazingly for the national teams. He has represented Poland at different youth levels since his debut for the U17 side in 2014. In June 2017, Dragowski was one of 23 players named to the U21 team by Marcin Dorna for the 2017 UEFA European Under-21 Championship, for which Poland was the host.

Salary and Net Worth Of Dragowski

The professional footballer has preserved a decent fortune from his career as a football player. According to Salary Sport, he earns £26,000 per week and £1,352,000 per year. The same report has said that his net worth is around £2,414,880. According to Transfer Market, Dragowski's market value is €6.00m. 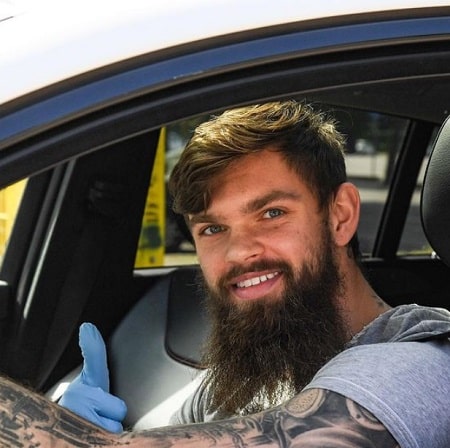 His highest market value was €16.00m. Furthermore, he has appeared in various games and helped the team win some titles. Also, his performances have helped him win some awards and cash prizes. So, from his professional career, Dragowski makes a good sum of money and lives a lavish life.

A professional footballer, he earns some profit from sponsorship and endorsement deals. According to his IG bio, he is currently associated with a brand named T1TAN. So, with his collaboration with that brand, Dragowski takes home a fair sum. Apart from that, he has a strong fan base on his Instagram handle, and the Influencer Marketing Hub reports his estimated earnings at around $333.75 - $556.25.

The relationship status of Dragowski is taken as he is reportedly engaged to his fiancee, Agnieszka Abram. The pair have been together with each other for a long time, and they are still together. The loving pair often posts pictures on their Instagram handles exploring different places. 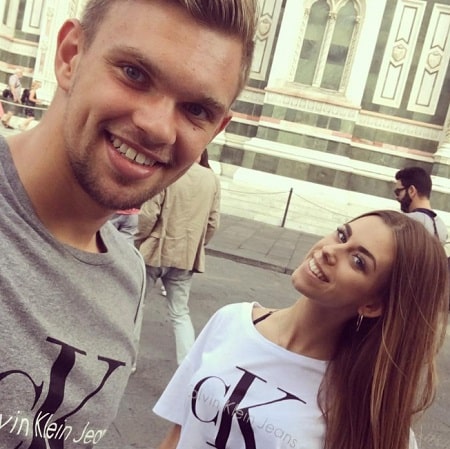 Once in an interview, Dragowski talked about his girlfriend, from which it became clear that he had been dating Abram for a long time. Not to mention, Abram is available on Instagram under the username @agnieszka_abram. But she has kept her account private. So, it is challenging to know about her lifestyle and ongoing affairs.

Despite being together for many years, Dragowski and Abram have not announced anything about taking their relationship to the next level. So, the details regarding their marriage remain under review. But if they get married in the future, then it is sure that Dragowski will announce it via his Instagram account. So, we can follow him as @bdragowski to get more updates regarding his future life.