The young footballer has been playing football for over a decade and has also represented multiple teams. Back in 2018, he was a part of the Morocco U20 team that took third place in the Mediterranean Games. Moreover, Ounahi is listed in the Moroccan squad that is playing in the FIFA World Cup 2022.

Since July 14, 2016, Ounahi has been playing for French Ligue 1 club Angers SCO. So, his deal with the respective team might be decent, but the squad has not shared much info. According to Salary Sport, Ounahi's weekly salary is £770, and his yearly salary is £40,040. 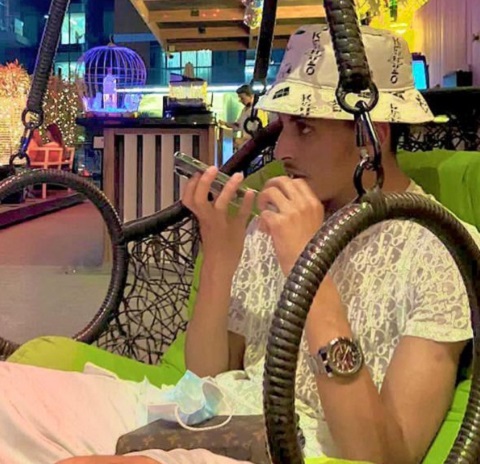 According to Transfermrkt, Ounahi's market value is €3.00m, and it will increase more in the future. In the same way, Ounahi has amassed a considerable fortune, and his net worth maybe somewhere around $1 million.

Ounahi's Relationship: Is He Dating?

The current relationship status of Ounahi appears to be single, as there have been no records of the footballer dating a girlfriend. Besides, Ounahi is known to keep his personal matters away from the media. So, due to his low-key nature, none of the media outlets are able to collect information regarding his girlfriend or partner. 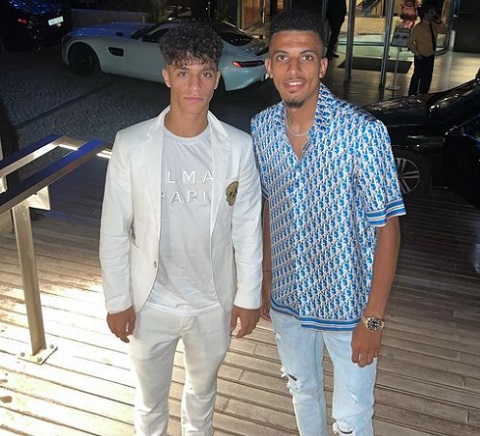 At the moment, the young footballer is also at the peak point of his career, and rather than searching for a life partner, Ounahi is prioritizing his football career. As he has a strong presence on Instagram, Ounahi may give some updates about his love life soon.

His IG username is registered as @azzedine_ounahi.

Ounahi started his football career in 2010 when he joined the Raja Casablanca team. With the respective team, Ounahi played until 2015. After that, Ounahi got a chance to play for another team and joined Mohammed VI Football Academy.

And in 2018, Ounahi moved to play with Strasbourg II and represented the team until 2020 in 35 professional games and also scored a goal. Furthermore, Ounahi appeared in 2 matches scoring just one goal being a part of Avranches II. For the 2020-21 season, Ounahi became part of the Avranches team and made 27 game appearances, scoring five goals.

Since July 14, 2021, Ounahi has been playing for the Angers team. Moving into Ounahi's career on the national team, Ounahi initially represented the Morocco U20 team in 2 games. 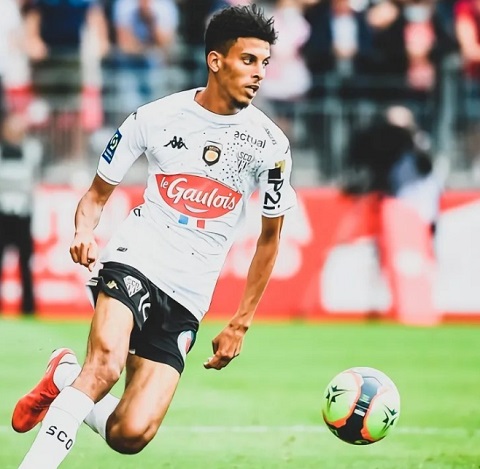 Azzedine Ounahi in one of his professional games  SOURCE: Instagram @azzedine_ounahi

For your information, Radouane Saiss is the captain of the national team.

Azzedine Ounahi Is a Native of Casablanca

Not to mention, Ounahi comes from athletic family background, as some of his family members are engaged in sports. His older brother and younger brother also play at the amateur level in Morocco.

Besides, his uncle is a former professional footballer at Raja Club Athletic.