Aymen Dahmen is a Tunisian professional footballer currently signed up for the Tunisian club CS Sfaxien. The 6 feet 2 inches tall footballer has been playing for the same club since the beginning of his career. Hence, he has been engaged with the fellow club for more than four years.

Furthermore, Dahmen represents jersey number 30 for his club. Likeswise, he is also an international level football player and has played for the national team in multiple events. Apart from his flourishing professional life, Dahmen is also doing great in his personal life.

More On Dahmen's Net Worth And Salary

Dahmen's major source of income is his professional career, and the sources claim that he makes a lot of earnings from his football career. Likewise, the deal with his present club is also pretty impressive, as he has been playing for the club since 2018. 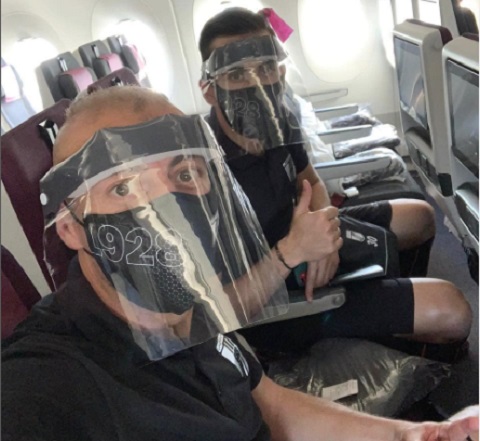 Additionally, he has a networth estimated to be more than $1 million; however, the exact information regarding his earnings is still to be revealed. Talking about his market value, his current market value is €850 thousand; meanwhile, the highest market value was €900 thousand as of Jan 7, 2020.

Dahmen was born on Jan 28, 1997, in his hometown, Sfax, Tunisia. The right-footed player spent most of his childhood in his birthplace and started his football career. Apart from that, he is private and doesn't talk much about his personal life.

Concerning his birth facts, Dahmen's zodiac sign is Aquarius however, nothing much is known about his early life as the footballer has barred his early life from the media sources. Therefore, the name and further details on his parents also seem to miss from the web sources.

Talking about his physical appearance, he has a towering height, and the footballer stands at 6 feet 2 inches tall.

Is He Married To Sandra Chakchouk?

Aymen Dahmen is living a happy life with his partner, Sandra Chakchouk and the couple often shares beautiful pictures on their social media handle. However, the lovebirds seem to be in a relationship, as they haven't shared their wedding details. 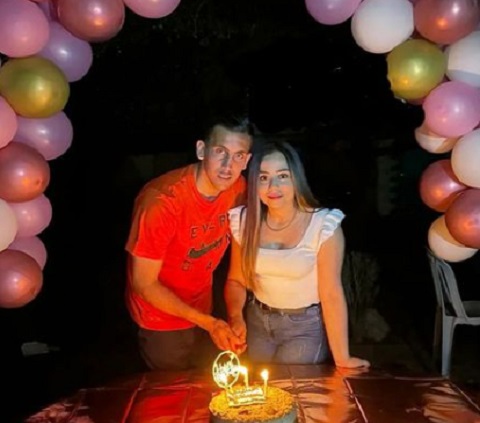 The lovebirds often seem together, sharing a great bond, and both love traveling. Additionally, Sandra is from Sfax, Tunisian, and working in finance. Well, they might be focusing on their career, which is why Dahmen and Sandra haven't dropped any hints about their wedding.

As mentioned earlier, Dahmen started his football career in 2018, playing for CS Sfaxien. Furthermore, CS Sfaxien. It is a Tunisian professional association football club. Representing the club, the footballer has spent about four years there and is also one of the club's notable players.

Similalry, he has appeared at many events and has assisted victories to his fellow club with his fantastic performance. Along with his club career, Dahmen is also an international player who has represented his national team in various matches.

Additionally, he made his career debut on the Tunisian national team in 2018 when he was called for Tunisia U23s for the 2019 Africa U-23 Cup of Nations qualification matches.