Philadelphia Eagles Cornerback Avonte Maddox was born on 31 March 1996 in Detriot, Michigan, with the star sign of Aries. Regarding his age, Maddox is 26 years old as of 2022 and wears jersey number 29. His roster status is active. Former Pittsburgh football player has a height of 5 ft 9 inches and weighs around 83 kg.

The 5 ft 9 inches, 83 kg cornerback Maddox belongs to the black ethnic background. He was born and raised in Detriot, Michigan. After completing his schooling, he joined Martin Luther King Highschool, where he received two Power Five scholarship offers. Later on, he was committed to playing college football for Pittsburg University playing four years as a cornerback. 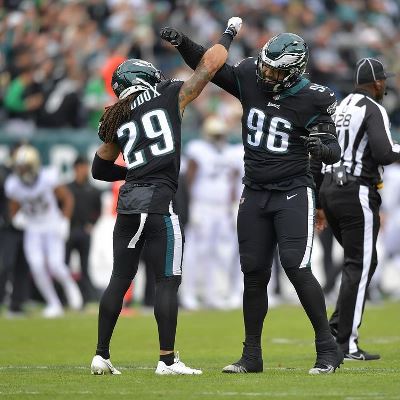 He was named Honorable Mention All-Atlantic Coast Conference his second year and third team in his senior year. Professionally, he kicked off his football journey in 2018 when the Philadelphia Eagles drafted him in the fourth of the 2018 NFL Draft. The 26-year-old athlete debuted in NFL on 6 September 2018 in the game against Atlanta Falcons. It has been over three years since; a Michigan-born cornerback played for the Eagles.

Starting his last season on his rookie contract in 2021, he started the season by leading the Eagles in tackles against the Falcons. He has been grinding hard to get into his best form. Due to his extraordinary performance last season, he was given an offer and signed a three-year $22.5Million contract extension with the Eagles. Talking about his whole NFL career stats, Maddox has 195 total tackles, four fumbles, three interceptions and 2.0 sacks.

Relationship status and affairs of Maddox

Michigan-born Footballer Maddox has not been previously engaged or seen with any girls so far; hence, he must be single presently. The player has not disclosed a single piece of info about his love life, so it remains a mystery.

He prefers keeping his life low-key and confidential. At the moment, he is dedicated and focused on his career.

Wherewithal and bank balance of Avonte Maddox in 2022

Avonte Maddox, the Eagles jersey no. 29, is a well-established American footballer crediting his bank balance massively to his football career. He entered into NFL in 2018, signing a three-year contract with the Eagles. As per a league source, on 20 November, he again signed a three-year extension contract for $22.5 Million with a $7.5Million guarantee annual salary and a signing bonus of over $5million.

Thus, Maddox's estimated net worth is to be above $15Million.