Artavis Scott is a popular former American Football wide receiver. The athlete represented and committed to playing his college football for Clemson University. Scott went undrafted in the 2017 NFL Draft, but later, he signed with Los Angele Chargers as an undrafted free agent. After his retirement, he is pursuing his career as a coach at Clemson.

Former Houston Texas wider receiver Artavis Scott was born on 12 October 1994 in Oldsmar, Florida. As per astrologers, his zodiac sign is Libra, and he is 27 years old as of 2022. Scott played for numerous teams in his professional career, including Los Angeles Rangers, Indianapolis Colts, Houston Texas and Saskatchewan Roughriders.

The American wide receiver has a shredded and muscular built body structure. He stands tall at 5 ft 11 inches and weighs 88 kg. In addition, he is from a black ethnic background.

Former Chargers jersey no. 10 Scott had a keen interest in football since childhood. He began playing football at the age of 7. His mother has a massive role in pursuing him as a footballer. The American international attended East Lake high school in Tarpon, where he had stats of 172 receptions for 3035 yards and 32 touchdowns receiving. 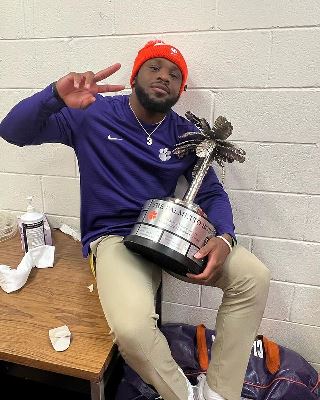 Later on, he decided to Join Clemson University to play college football. Former NFL wide receiver made an immediate impact as a true freshman at Clemson in 2014. He played for the three-season for Clemson and was a vital player for the team. However, Scott gave up his senior years and entered the 2017 NFL Draft, but unfortunately, he went undrafted that year. Subsequently, the Florida-born athlete was signed by Los Angeles Chargers as an undrafted free agent.

He played in Rangers for three seasons. On 10 Jan 2020, after his release from Chargers, Scott assured to sign with Indian Colts, but he was just waived just after nine of his signed day. Scott joined Houston, Texas, and likewise, on 28 Jan 2021, CFP national Champion agreed to join Saskatchewan Roughriders of the Canadian Football League.

Then the following month, the team announced the news of his retirement, and he was planning to pursue his career as a coach. Presently, Artavis Scott is coaching Clemson University.

Who Is The Mother Of His Baby? Is He Married?

Artavis Scott seems to be a very loving and caring father of his daughter. His Instagram post is almost full of his daughter's photos. However, he has kept her mother's details very confidential. He has not left a single piece of hint about her and his relationship, So we are unsure about his love life status. 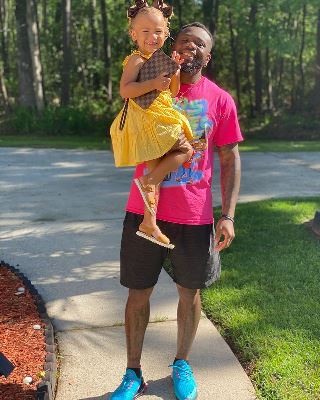 Despite that, observing the Instagram post's caption hints at him being a divorced man while it is not 100% sure.

Artavis Scott, the CFP National Champion, had an amazing football career. He must have added huge fortunes to his net worth Via football to date. According to Spotrac, when he signed with Colts in 2020, NFL wide receiver netted an average annual salary of $610,000. 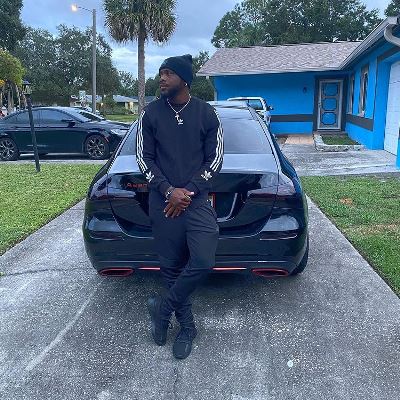 Presently, he is working as a coach, too, so we can imagine how much he has credited to his bank balance. Thus, Scott's estimated net worth is around $5M-$10M. He resides in a luxurious lifestyle with his family at the moment.