Antonee Robinson is a rising American professional soccer player. He is currently playing in the Championship for Fulham FC. Robinson plays as a Left back for his club and country. Antonee has represented the United States in numerous divisions. The player wears a no.33 jersey for the club and nation.

Antonee Robinson was born on August 8, 1997, in Milton Keynes, England. He is the son of Marlon Robinson and his wife. Antonee rose to fame only after his successful career. So much about his parent and early life are still under the radar. Although Robinson was born in England, He holds American nationality. Talking about his physical appearance, Antonee stands six feet tall and weighs 77 kg.

Salary, Earnings and Net Worth

Antonee Robinson has an estimated net worth of more than $2 Million. He is very early in his career and will be adding a huge net worth in the future. As per the contract, Antonee has an annual salary of £832,000 and a weekly wage of £16,000. Last year His salary was £3,120,000, which included his signing bonus. 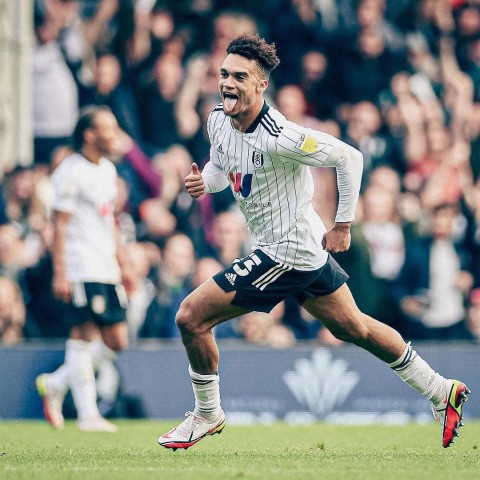 Antonee played for Wigan for a season and received an annual salary of £936,000. In 2015, Robinson signed a four-year deal with Everton for an undisclosed fee. He received an annual salary of merely close to £50,000. His salary increased to £234,000 while playing for a loan season with Bolton Wanderers. The player is very early in his career and will be making millions in the future.

Who is Antonee Robinson Dating? Know About His Relationship Status and Girlfriend

Antonee is dating his longtime girlfriend, Darcy Myers. The love birds have been together for more than three years. Robinson posted a photo of the couple in January 2022. He had not shared a word about his relationship status except the photos in his timeline. In October 2020, Antonee and Darcy shared about expecting their first child together. 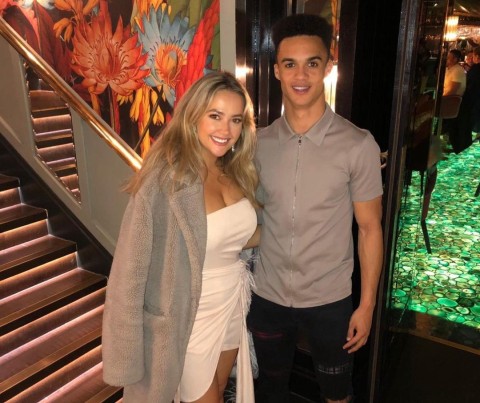 Antonee shares a photo with his girlfriend SOURCE: [email protected]_jedi

In December 2021, The duo welcomed their first child, a daughter. The family of three is living a happy life. Robinson spends his free time with his girlfriend and their child.

Antonee started playing football in the early days. He started training with the youth team of Everton in 2008. In 2013, The player signed a scholarship with the club, becoming a full-time player. Robinson represented Everton in numerous divisions from U18 to U21 and had many injuries. In late 2014, Antonee signed his first professional contract with the club after being offered a new contract.

Robinson remained with the club until early 2017 and then moved to Bolton Wanderers for a loan season. He appeared in thirty games for the club. The following season, The player moved to Wigan Athletic for a loan season. He signed a permanent contract at the Athletic in July 2019 for three seasons. After Athletic got relegated from the Championship, Antonee moved to  Premier League club Fulham. Rumors of him moving to West Ham is in the limelight.