Anthony Rizzo Re-Signs With Yankees. Know About His Salary, Net Worth, Contract, Sponsorship

After many debates about whether Anthony Rizzo would sign with the Yankees again, Rizzo managed to gain a lucrative deal with the New York Yankees. Similarly, the talented Baseball star agreed to a multi-year contract with the MLB team. Not only did the agreement boost his already massive net worth, but it also will take his career to a new height!

Anthony Rizzo will make substantial money with his recent re-signing with the New York Yankees. His last salary with the baseball team wasn't anything to scoff at, and with the new agreement, Rizzo will be earning a bit more than he did last season. Anthony Rizzo re-signed his contract with the New York Yankees in 2022 with a significant pay raise. SOURCE: [email protected]

According to various news outlets, Rizzo will earn $17 million for the 2023 and 2024 seasons. Similarly, the Yankees guaranteed a total of $40 million at the end of his contract. However, the talented Anthony may earn bonuses, further adding to his already impressive fortune.

And speaking of fortune, Anthony earned a salary of $16 million in the previous season. Likewise, Rizzo opted to end his last contract with the Yankees and was a free agent ripe for the picking. And before any other MLB teams could make a move, the New York Yankees made a swift decision and offered up the new deal.

After the end of the 2024 season, Rizzo can continue playing under the Yankees banner for $17 million. Or will Anthony move to another team? Well, that remains a mystery for now, and only time can tell what the first baseman will do next.

As 2022 comes to a close, Anthony Rizzo and his career gained new heights! And with the rise of his professional journey, his bank account reached a new level. The New York Yankees first baseman, Anthony, commands an approximated $27 million net worth. 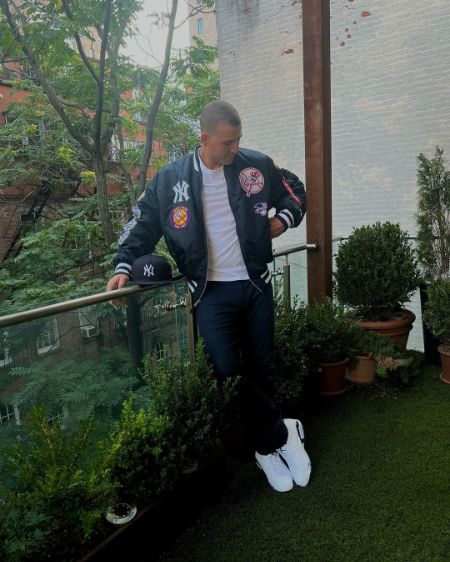 2022 has been an excellent year for Rizzo, who is in his early 30s. The 33-year-old Yankees athlete may not have won the prestigious World Series in 2022, but his talent in the game caused him to gain a lot of attention.

The 2022 World Series champion Houston Astros wanted Rizzo playing for them. However, before they could finalize the deal with Anthony, the Yankees finished their contract with the player.

And through this new deal with the Yankees, Rizzo earns a massive salary. Last season, Anthony earned $16 million. Likewise, the talented player will bag $17 million a season, plus other bonuses.

Besides Salary, Rizzo also draws an income from Sponsorships!

With massive success in his career, Anthony Rizzo is one hot commodity. And not just for the teams that want him, but also for the brands. As such, the talented MLB player earns through sponsorship deals.

Rizzo had signed endorsement deals with multiple brands over the years. His most well-known sponsors are Buona Beef, Sony, State Farm, and BodyArmor. And through these endorsements, Anthony earned millions a year.

Besides his salary and sponsorship deals, Rizzo also owns a cereal brand. And you guessed it, Anthony's cereal is called RizzO's. And when the product first came to the shelf, it sold at an unbelievable rate.

Before joining the New York Yankees, Anthony Rizzo played for the Chicago Cubs. Rizzo lived in an apartment for seven years while playing for the Cubs. In 2018, Anthony sold his house in Parkland, Florida. Moreover, the athlete received $2.4 million after selling his Florida mansion.

After a victory against Taxes Rangers in May 2022, Rizzo called a realtor after celebrating the victory. While intoxicated, Anthony bought a house. And the talented baseball star didn't buy any house; Anthony bought Tony Soprano's house.

Anthony Rizzo and his family dabble in Charity!

The Rizzo family started the Anthony Rizzo Family Foundation in 2012. And over the years, Anthony and his family donated millions of dollars to many charitable causes. His most significant contribution was in August 2017 to the Lurie Children's Hospital. Rizzo gifted $3.5 million to the said hospital rounding up the total donations to more than $4 million. 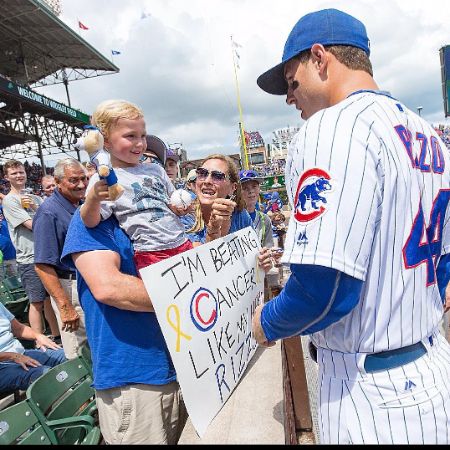 On February 15, 2018, Anthony became emotional while addressing the school shooting in Parkland, Florida. Rizzo donated a total of $305k to the National Compassion Fund. And the said money would directly go to all of the victims and their families of the Marjory Stoneman Douglas High School mass shooting.

Rizzo and his family hosted a total of nine Annual Walk-Offs for Cancer. Similarly, Anthony and his family raised millions to support cancer patients. The most significant amount raised by their Walk-Offs was in 2019, the foundation raised over $1.35 million.

Aside from the walk-off, the Rizzo family also holds an Annual Cook-Off for Cancer. Similar to the Walk-Off, the largest amount raised was in 2019. The cook-off collected over $1.8 million for cancer patients and their families.