Anthony Daniel Contreras Enriquez, primarily identified as Anthony Contreras, is a rising Costa Rican soccer player serving Liga Promerica club C.S. Herediano as a forward. He has played for multiple clubs, such as Herediano, La U, Grecia, Guadalupe, and Guanacasteca up to a point in his soccer journey. His protean ability to play in any forward area had benefited his team tactics. He represents himself wearing jersey number 9 for his present team.

Anthony Contreras, the forward for Herediano, was born in 2000 in Lomas de Pavas, San Jose, Costa Rica. He celebrates his birthday bash every 29th of January year. He is a youngster aged 22 and was born under the zodiac sign Aquarius. He is a Costa Rican citizen and a Costa Rican national football team. Regarding his physical stature, Anthony Contreras is a talented footballer with a height of 5 ft 11 inches or 1.80m and weighs 72 Kg. Being a footballer, physical strength is always the priority. Thus, to maintain his physical potency, he consistently exercises. He has black hair, eyes, and a wheatish skin tone.

As listed earlier, his full name is Anthony Daniel Contreras Enriquez. He was born into a low-standard family. He is a player who came from a low family background facing numerous during his adolescence peroid. He was born to Costa Rican parents. His father, Jose Contreras, is a migrant worker who used to work in Qatar, where his mother is a housewife, and her name is Maria Contreras. Despite having all the financial problems, his parents never lagged in fulfilling thier children's desires. In addition, Anthony is one of the two sons of his parent's happy marriage. He has an elder brother Ruben Contreras. 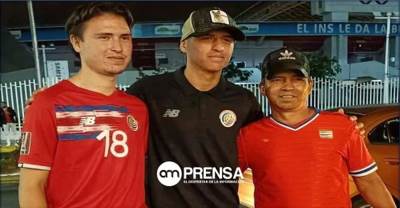 Anthony is the prominent member who puts on food on his family plates. For your information, his father is very supportive of him. The proud dad left his Job in Qatar to support his son during the 2022 FIFA World Cup Playoff. After the game, Anthony shared an emotional moment hugging his family in attendance.

The Costa Rica international Anthony is a very affectionate and romantic boyfriend of his beloved partner Ashley Martinez. Most people are well aware of his love life. Their actual love story began they met at Rincon Grande de Pravas School.

The love birds have been in a relationship for quite a long time. However, their dating date, for now, is still under the radar. Notbaly, Ashley is soon to be wifey of Anthony per the other online sources. Eyeing their connection and compatibility online, they seem to be happy and deeply in love with each other.

How much pay does he get from Herediano?

From a struggling family to the star player of Herediano, Anthony has a wondrous journey to date. There is no question about his primary income source, which is soccer. As reported by various sources, Anthony's current bank balance is approximately $500K. On top of that, there are no confirmed facts on the salary he nets from his present club. However, as reported by Soccer America, the average players in Liga Primeira make $870 per month.

As of 2022, €350K is his current market value in the transfer market, and it's his all-time best worth to date. From the income from his career, he looks after his family members. It is just a beginning, so it does well. He will surely make millions in the upcoming future.

Before playing as a Herediano player, he trained at Zapote. He was just 15 years old when he moved to Herediano. Passing out Herediano's youth system, he began his pro career with the same team in 2017, signing a contract for two years. After 23 months of joining the senior team, he finally got his debut match against Belen FC on 15 January 2017 at age 16. Shortly after scoring three goals in 20 games, he was loaned out to La U Universitarioius in summer 2019 for the remainder of the season. 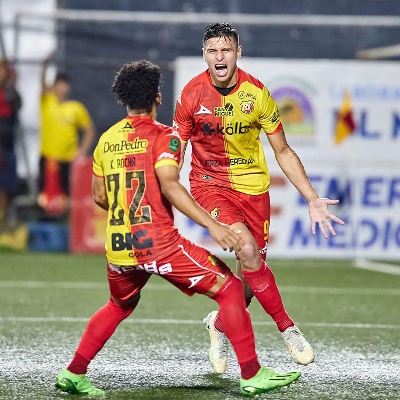 Similarly, after a few months, he again joined Grecia on loan in 2020; the club gained loaned him to Guadalupe in 2020 and Guanacasteca in 2021. For Guanacasteca, he appeared in 43 league matches, adding 18 goals to his tally. Subsequently, after his loan deal, he joined his former club Herediano for the 2022-23 season. Today, he has played 11 Costa Rican Primera Divison games, conceding five goals for his team.

For Costa Rican national team, he made his debut match on 12 November 2021 against Canada in the World Cup qualifying game. Finally, on 27 March 2022, Anthony scored his first goal for his nation against EL Salvador. Not to mention, he was also the Cost Rican youth international at the U23 level, where he represented at CONCACAF Men's Olympic qualifying Champions in March 2020.

Check out Playerswiki for speed-to-date athletes' gossip, news, and bios