Anna Congdon is well known as a girlfriend of famous American football running back Saquon Barkley. Her husband Saquon currently plays for the New York Giants of the National Football League (NFL). Additionally, Barkley was drafted by the Giants with the second overall pick in the 2018 NFL draft.

Anna Congdon started her relationship with Barkley in January 2017.  To know more about the couple, let's dive into Anna's bio, including relationship, personal life, net worth, and professional life.

Is Anna Congdon Married to Saquon? Know About Her Personal Life

No, Anna Congdon is not married yet but reportedly, she is enjoying a romantic relationship with her boyfriend, Saquon Barkley. The couple started dating in January 2017 after they met each other at the Pennsylvania State University.

Additionally, the duo is a parent of a daughter Jada Clare Barkley who was born on April 24, 2018. 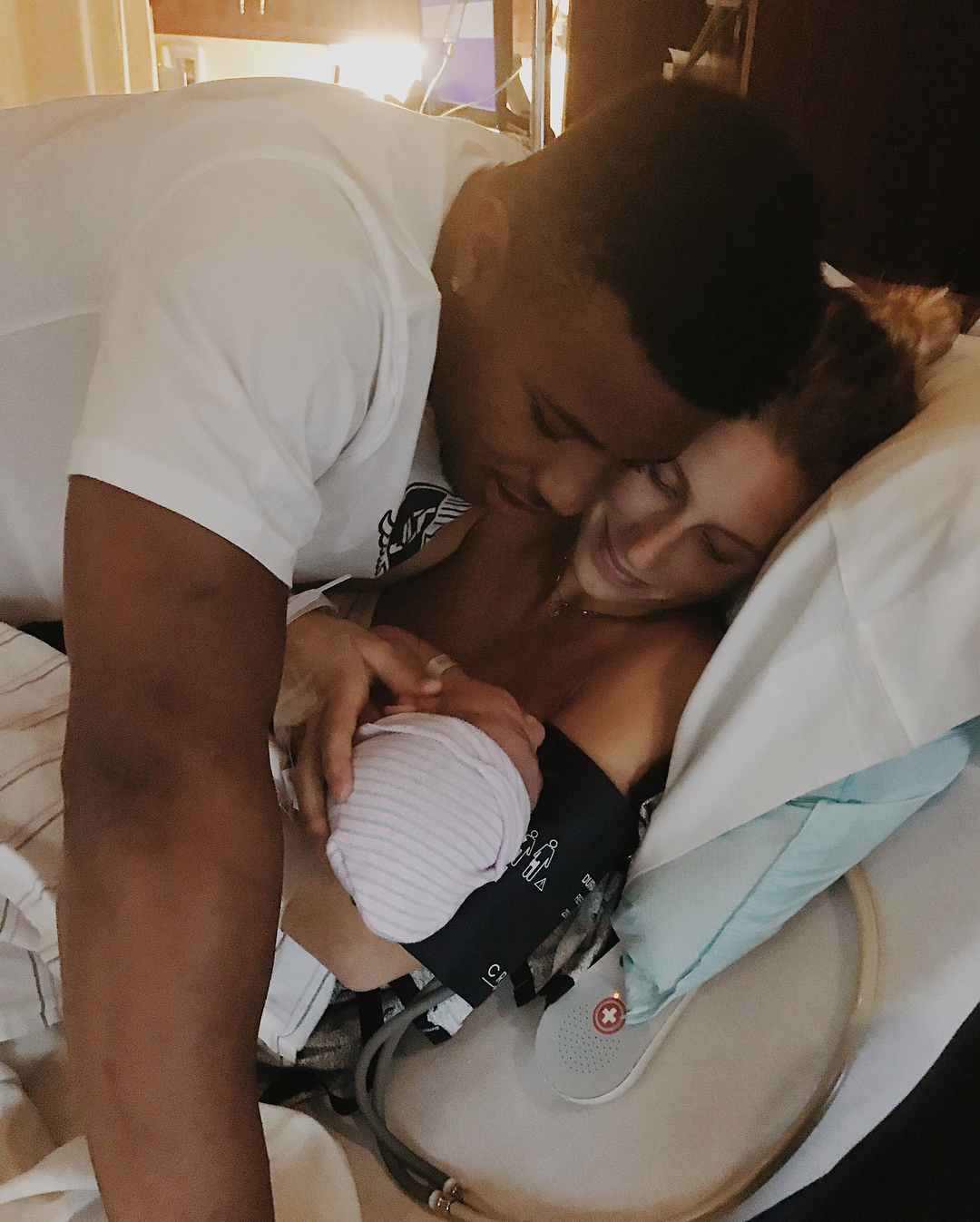 Despite being in a relationship for long, the couple hasn't planned for getting married yet. However, if we hear the news soon, it won't be a surprise for us anymore.

Furthermore, Anna is actively involved in social media. She can be found with a username annacongdon on Instagram with almost 114k followers. 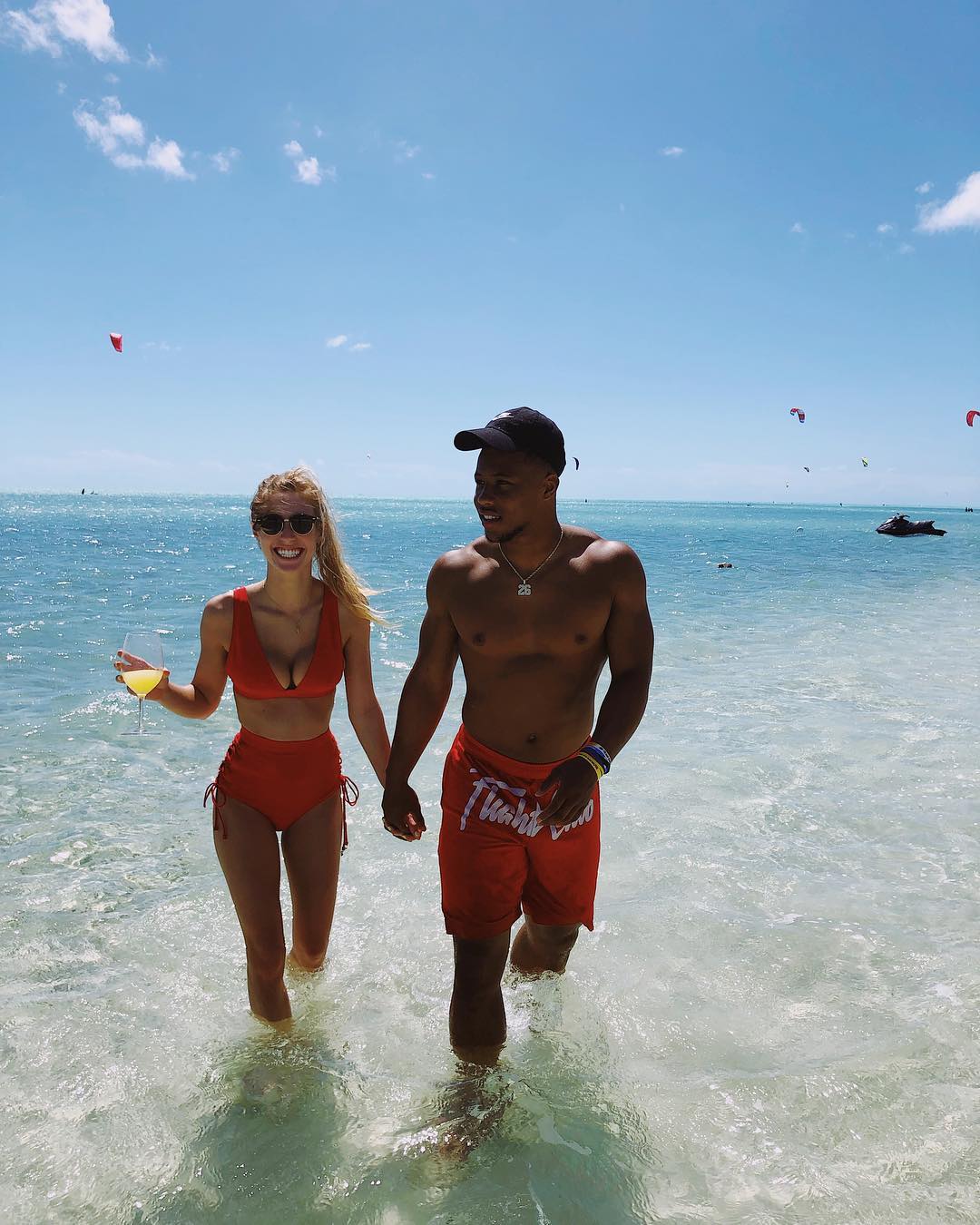 Exploring her Instagram account, she seems to be enjoying a smooth relationship with Barkley as they are spotted, vacationing and spending their free time together. Recently, they were spotted in Turks and Caicos, enjoying their vacation.

Her spouse Saquon Barkey is a famous running back, playing for the New York Giants of the National Football League (NFL). Saquon was born on February 9, 1997, Bronx, New York to Alibay Barkley and Tonya Johnson.

How much Net Worth does Anna Congdon share with her Boyfriend?

Anna is establishing herself as an Instagram model. However, there aren't any exact details about how much she earns from her profession. In addition, she is a better-half of famous sports personality Saquon Barkley and reportedly, she enjoys a net worth over $20 million with her to-be husband Saquon.

Reportedly, the couple recently brought a house, however, the detailed information about how much he paid for the house is not in the media. Furthermore, he proudly informed about the news via one of his social accounts with the caption of 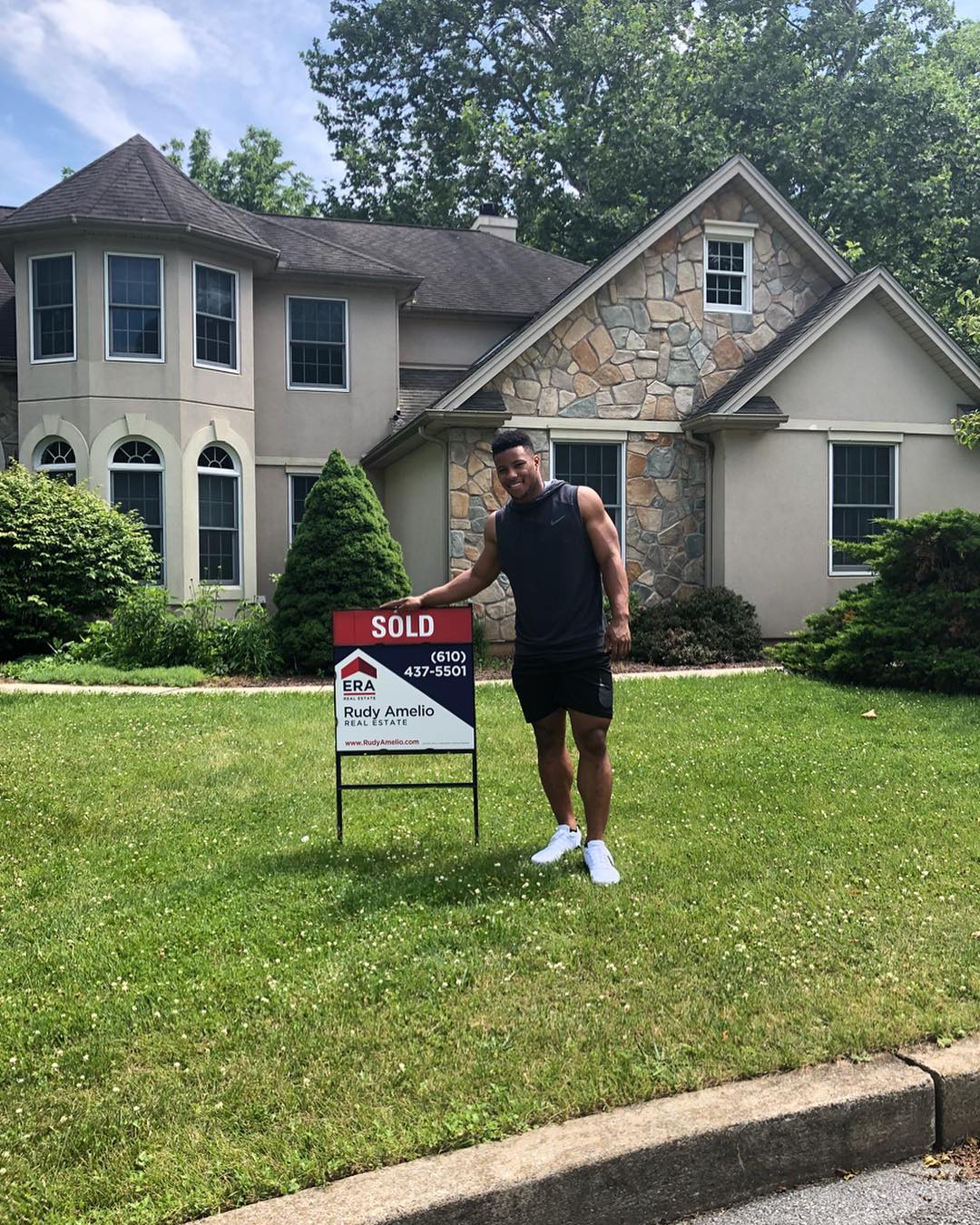 "Something I promised my parents, ever since I was a young kid. Finally be able to achieve that goal is the most amazing feeling. Every kid out there that has a dream continue to keep your head down and work your butt off, great things will come along the way."

Anna S. Congdon was born on June 6, 1998, in the United States of America, Forest City, Pennsylvania. She was   Born to Kathleen and Daniel Congdon and grew up along her siblings Cassidy and Dann. Further, she holds an American nationality and belongs to the white ethnic group.

Talking about her education, she attended Forest City Regional High School in Pennsylvania. She graduated from high school in June 2016 and was enrolled at the ' Pennsylvania State University ' to pursue a nursing bachelor's degree.

Moreover, she is a to be the wife of a famous sporting athlete Saquon Barkley. Barkley was first drafted by the Giants with the second overall pick in the 2018 NFL draft.