Anis Ben Slimane is a professional football player born in Copenhagen, Denmark. Despite being born in Denmark, Slimane also plays for the national football team of Tunisia due to his dual nationality. Apart from that, Slimane plays for the Danish Superliga club Brondby IF as a midfielder.

More to this, Slimane wears jersey number 25. Slimane can also play in the position of Attacking Midfield and Defensive Midfield. Furthermore, Slimane has been playing football since 2008, and since then, he has had an active presence in this sport.

Slimane is currently playing for the Danish Superliga club Brondby IF, and his deal with the respective team is pretty decent. However, the team has not released the contract details, but Salary Sport reports that Slimane's weekly salary is £1,500 while his yearly salary is £78,000. 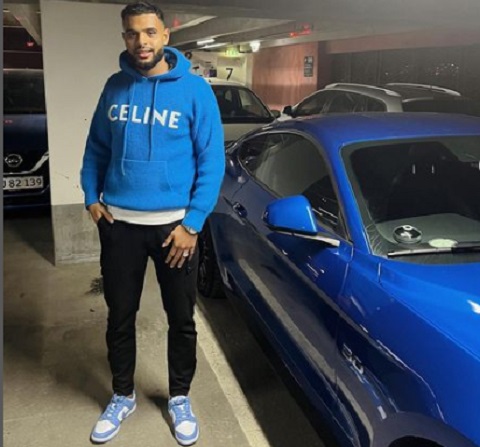 Likewise, his current market value is €3.50m which may get increased in the future. As Slimane has played for the team in many games, he may have received some cash prizes. So, his net worth is estimated to be $1.5 million approximately.

Similarly, Slimane makes money from sponsorship. The footballer may have collaborated with some sports brands that might have been paying him well.

Love Life: Does Slimane Have A Girlfriend?

Going through his recent social media posts, it can be said that Slimane is currently single and is not engaged in any romantic affair. Since June 18, 2019, Slimane has been making regular posts on Instagram, but to this date, he has not shared a single post about his love affair.

So, it can be said that Slimane may be focusing on his football vocation rather than getting engaged in a romantic relationship. Just like other footballers, Slimane also keeps his love matter away from the limelight, due to which it becomes difficult to discover it.

Slimane's early football career started when he joined BK Vestia in the year 2008. The same year, he moved to KB and played with them until 2010. For the following season, Slimane entered FA 2000. In the same way, Slimane received a chance to play with Herfolge. Furthermore, his senior club career started with AB, and he represented them; he appeared in 18 games and also scored two goals. And since August 1, 2020, Slimane has been playing for Brondby. As we know, he holds dual nationality from Denmark and Tunisia; he can play for both nations.

He has already played for the Denmark U19 team in 9 games and also scored two goals. Likewise, he represented the Tunisia U20 team. Moreover, Slimane made his debut for the senior squad of Tunisia on October 1, 2020.

Take A Look At His Family Life

Anis Ben Slimane was born to his parents on March 16, 2001, in Copenhagen, Denmark. As said earlier, Slimane holds dual nationality of Denmark and Tunisia. At the time of this post, Slimane has not shared any details about his father and mother.

Regarding his height measurement, Slimane peaks at the height of 6 feet 2 inches which is 1.88 m.