Matthew Wallance a.k.a. Matt Wallance is an English professional golfer. He finished his collegiate career playing at Jacksonville State University and turned pro in 2012. Currently, he completes in European Tour and PGA Tour, having previously played for Challenge Tour and Alps Tour.

Hillingdon, England native, Matt Wallace was born on 12th April 1990, under the star sign Aries. As per nationality, he is an American and is of white ethnic background. Further, the thirty years old stands 6 ft 0 in (1.83 m) tall.

How Much Is Matt Wallace's Net Worth In 2021? Career Earning

To Begin: Professional golfers are paid a percentage of the purse for each tournament they play in and finish in the money. Like other athletes, well-known professional players are paid to endorse products.

Matt Wallace is in a relationship with Chelsie Joce. The pair have been together for a long time now, roughly six-year. She has a personal blog, girl-on-tour.com, where she has written about COVID-19 & Golf as well as their quarantine life. 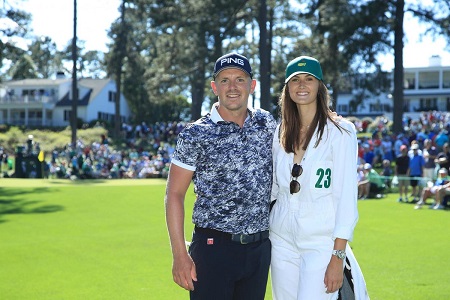 The duo often appears together in gold events. While Wallace has little opened about his private life, Chelsie Joce is a low-key person.

Matt Wallace turned pro in 2012. In 2016, he won 6 tournaments on the Alps Tour and the Order of Merit which enabled him to join the Challenge Tour the following season. In May 2017, he won the Open de Portugal, which is a dual-ranking event with the main European Tour. The victory led him to promotion to the European Tour.

In March 2018, he kissed his second European Tour victory, defeating Andrew Johnston. That season, he has various other wins at BMW International Open and Made in Denmark as well as finished in a share of fifth at the Nedbank Golf Challenge.

In May 2019, Wallace finished joint 3rd at the PGA Championship. Further, he finished in 12th at the US Open at Pebble Beach and sixth at the Arnold Palmer Invitational, 2nd the Dubai Desert Classic and British Masters, and third at the BMW International Open and KLM Open.

In the 2019-20 PGA Tour season, Wallace finished in a share of fourth at Memorial Tournament and T12 at the Rocket Mortgage Classic.