Angel Mena is a professional Ecuadorian footballer who plays for Liga MX club Leon and the Ecuador national team. Wearing jersey number 13, he plays as a winger. He is not only a player at his club, but he also plays for the national team.

Who Is Angel Mena's Wife Shirley? Their Children

Angel Mena is a married man, and he has a loving & caring wife named Shirley Posligua. It is said that the pair met each other while they were both teenagers and were attending high school. Since then, they have been together, and it can be said that they have been married for quite a while now. 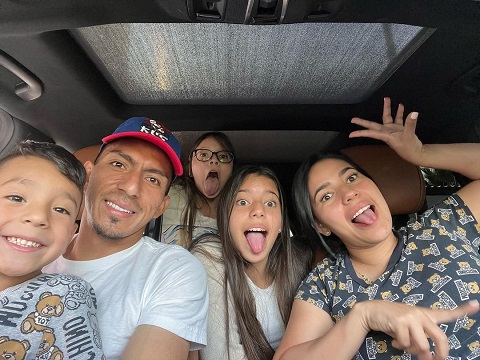 However, the pair has kept the information private and has not given many hints about their marriage. Apart from that, Mena and Posligua have already started a family of their own. The twosome is blessed with three kids, two daughters, and a son.

The professional footballer often posts images of his wife and their kids via his Instagram account. Mena's wife is also an active Instagram user whose username is @shirposligua.

Mena is currently playing for Liga MX club Leon and Salary Sport reports that his weekly wage is £14,000 while his yearly wage is £728,000. Apart from that, he has also played for other teams in the past. For your information, Mena had a deal of €2.85m when he got signed to CD Cruz Azul.

As he is also a national player, Mena might be earning a fair sum from representing the national football team of Ecuador. At the time of this post, his market value is €1.50m, but it is not the highest amount. On August 13, 2019, Mena's market value was €3.00m. No doubt, Mena lives a lavish life as he is making a good amount of money from being a professional footballer.

Beginning with his career at the club, Mena played for Emelec in his early days. Representing the senior team of Emelec, he netted 58 goals in 249 game appearances. He also received a chance to play for Deportivo Cuenca and made 30 game appearances, scoring five goals.

From 2017 to 2018, Mena played with Cruz Azul in 52 games and also scored eight goals. Since January 1, 2019, Mena has been a part of the Leon team. Talking about his international career, Mena has played for the national football team of Ecuador in many games. 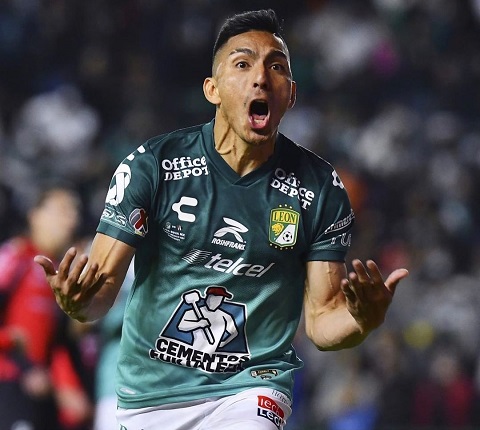 On March 28, 2015, Mena made his debut for the senior team while playing against Mexico.

Angel Israel Mena Delgado was born to his parents on January 21, 1988, in Guayaquil, Ecuador. His father's name is Miguel Angel Mena Boyas, while his mother's name is not available in the public domain.