Andy Kennedy is a college head coach currently serving as the seventh coach of the UAB Blazers Men's basketball team. He worked for the University of Mississippi for 12 years, i.e., from 2006 to 2018. Before becoming a coach, he played from Winston Academy and Louisville High School and won Parade All-American.

Who is Andy Kennedy's Wife?

After building his career through quite a struggle, the head coach of UAB, Andy, shared his marital vows with Kimber Kennedy. Andy and Kimber Kennedy, after the wedding, have 2 children, Meagan and Kaitlin. 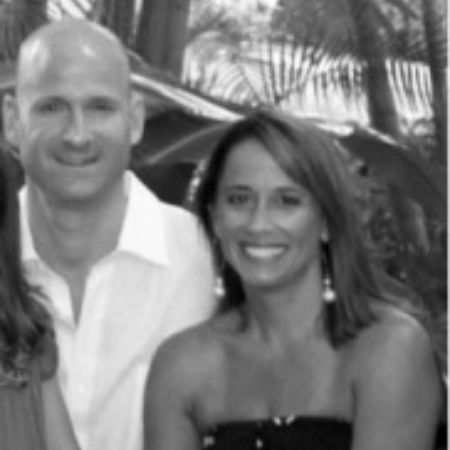 The college coach was in a controversy back in 2009. He was accused of assaulting a cab driver in Cincinnati but later Andy sued the driver Mohamed Jiddou and a valet who was a witness, Michael Strother, for defamation of character.

To the most surprise, Andy's wife later filed a complaint mentioning that the couple was having trouble in bed and their sex life is not enjoyable as before. The case was later solved after the cab driver apologized to the couple.

Kennedy Net worth and Salary

Kennedy earned his money while playing basketball, currently by his coaching session and through the SEC Network deal. He is earning from different ways, like a studio analyst and sideline reporter covering college basketball.

Kennedy has made a new contract with OXFORD, and as per their deal, Ole coach Kennedy has a base salary of $1.925 million. His base salary was $1.8 million in their previous contract of 2017.

Kennedy started playing basketball from his freshman session at UAV under Gene Bartow as his coach. He led Sun Belt Conference, scoring 21.8 points per game, and is the two-time All-Conference performer in 1989 and 1990.

He played for the NBA's Charlotte Hornets as a guard after he completed his graduation. Later, he started playing his three-year professional career abroad in Greece, Puerto Rico, and the Netherlands. He suffered from a knee problem which led him to retire from his playing career.

Andy started his coaching career as an assistant during the 1994–95 season for the University of South Alabama. He served in UAB from 1996 to 2001 and the University of Cincinnati from 2001 to 2005. While working in Cincinnati, he got a chance to be the head coach after the then-current coach resigned from the post.

Kennedy initially announced that he would work with Ole Miss, but he resigned effectively on February 18, 2018.

In 2018, Kennedy made a deal with the SEC Network to become a basketball analyst across the networks' ESPN family. During the 2018-2020 seasons, Kennedy was featured by SEC Network as a studio analyst, an in-game color analyst, and a sideline reporter covering different college basketball matches. On March 20, 2020, he was signed as the head coach for UAB, succeeding Rob Ehsan.