Australian footballer Andrew Redmayne currently plays for Sydney FC in the A-League and the Australia men's national team. Redmayne plays as a goalkeeper, and in his current team, he wears jersey number 1.

Beginning his career with NSWIS, Redmayne has played for multiple teams, including Western Sydney Wanderers. Apart from giving his best to different clubs, he is also a national player who has played for the national football team of Australia.

Since January 2, 2017, Redmayne has been helping his team, Sydney FC. He has been a part of multiple games and also performs pretty well. So, we can say that Redmayne is making a good profit. A soccer player in Australia playing in the first-team A-League earns $182,000 years on average. As per sources, Andrew received an annual salary of £130,000 while playing with Sydney FC in 2022.

So, it can be said that being a professional goalkeeper, Redmayne may earn above the average wage. Redmayne has been a part of more than four teams and has made his apprentice in numerous games. Besides making money from being a goalkeeper, Redmayne also takes home some profit from sponsorship and endorsement deals. 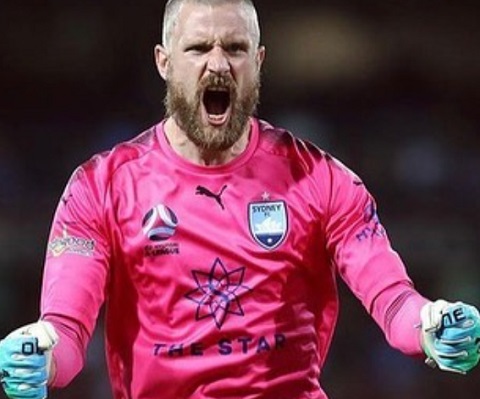 Exploring his social media posts, we learned he is currently working with The One Glove Company, a goalkeeper's gloves-making company. Redmayne wears gloves from the same company, and he has advertised the product on his Instagram handle.

Working with them, Redmayne may be receiving good cash, which helps him increase his net worth. Some sources report that the professional goalkeeper's net worth is not less than a million dollars.

Married Life: Redmayne Shares a Child With His Wife

Talking about his personal life, Redmayne is a happily married man. Redmayne has been relishing a blissful life with his wife, Caitlin Redmayne. The Redmayne couple walked down the wedding aisle on June 16, 2018. Since then, they have been with each other in their career wins. 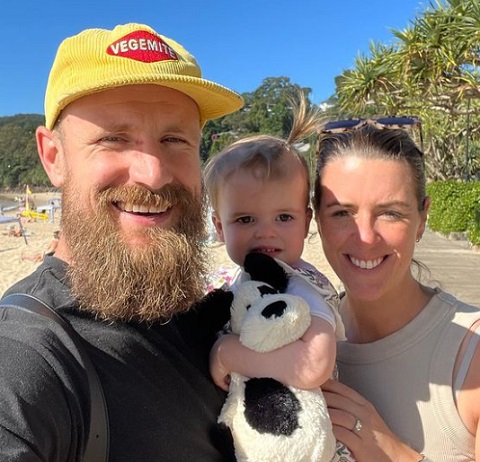 Andrew Redmayne has a daughter with his wife SOURCE: Instagram @redders_20

Similarly, Redmayne has appeared in various events together with his wife. After getting married for some time, they thought of starting their own family. So, On November 1, 2020, the pair announced they were expecting their first child. Caitlin had also shared some photos on her IG account, where she is registered as @caitlinredmayne.

Finally, on January 19, 2021, the Redmayne duo became parents for the first time when their child, a daughter named Poppy Willow Redmayne, was born. The family of three lives happily, and Redmayne often posts images of his wife and daughter.

Short Info on His Professional Career

After spending his early career at NSWIS and AIS, Redmayne received offers from some teams. Until 2008, Redmayne played with AIS, and for the 2007-08 A-League, he moved to his hometown club Central Coast Mariners. From 2008 to 2010, Redmayne just made three game appearances.

On January 18, 2010, he joined Brisbane Roar and played with them until 2012 in just two games. After that, Redmayne went on to play for Melbourne Heart. Being with them, the goalkeeper played in 48 games until 2015. From 2015 to 2017, he was with Western Sydney Wanderers. And since January 2, 2017, Redmayne has been playing for Sydney FC.

In addition to that, Redmayne has also represented the Australian football teams at youth levels and made his debut for the senior team in 2019.

More on His Age & Early Life

Born on January 13, 1989, Andrew James Redmayne was raised by his parents in Gosford, Australia. Redmayne is a family man who loves spending time with them during his spare time. 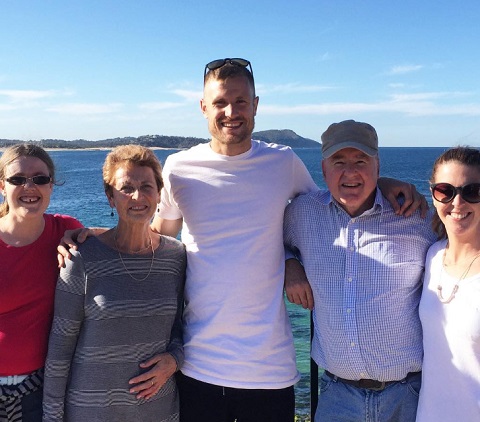 It is unknown whether Redmayne has siblings or not, as he has not talked anything about his family background openly. The 6 feet 4 inches tall goalkeeper holds an Australian nationality.

Explore PlayersWiki To Learn About Players' Bio, Gossip, and News!!!