Andres Felipe Mosquera Marmolejo is a Columbian by nationality who plays professional soccer for Categoria Premier A club Independiente Medellin and the Columbia national team as a goalkeeper. The Columbian international represented his nation in 2009 as a U-20 player for the first time.

Independiente Medellin Fc goalie Marmolejo was born on 10 September 1991 in Carepa in Columbia. He was born and raised in a family where football was everyone's favorite. He spent most of his childhood days in Carepa. He was born with the star sign Leo, and as of 2022, he is 30 years old.

The Columbian goalie has a beautiful family of five, i.e., his wife (Sulay) and his children. The Marmolejo family has two daughters and two sons. However, his parent's and his children's details are still under the radar.

Andres has a sibling brother as well; His name is Carlos Mosquera, who is also a professional football goalie.

Independiente FC star player Marmolejo had a keen interest in football since childhood. His love, passion, and hunger for soccer grew even more as he grew up. His family has supported him in his talent. The Columbian international played his first career game for Bogata Fc in 2007.

He spent his youth days playing for Bogata FC. All credit goes to his utter discipline and dedication; he was later promoted to the Bogata senior team of Bogata Fc in 2011. Despite signing a 3-years contract with the club, he was sent to America de Cali on loan in 2012. Then, the following year, he was again loaned to Fortaleza C.E.I.F in 2013. There, he made an appearance in 42 games altogether. 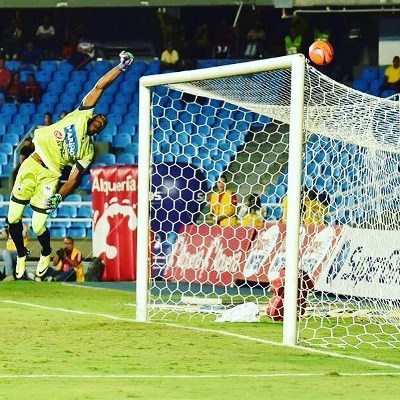 Before joining Deportive Pasto, he signed a 2-years contract with Atletico Bucaramanga in 2017, where he played 38 games during two seasons. On Jan 1, 2018, he was transferred to Independentie Medellin and is still playing. He is doing well at the club.

Talking about his international career, he has represented his nation for the first time in 2009. He has expressed his country at different ages. On 16 January 2022, the Columbian international debuted with the senior national in a friendly match against Honduras.

The net worth and market value in 2022

Copa Colombia 2020 champion Marmolejo has been in this football line for more than two-decade. He is a well-established player and a role model for many people. His primary source of income is football.

Observing his luxurious lifestyle on media, he seems to be earning a handsome amount of money from football. However, his salary numbers are still not transparent, but he is believed to have an estimated net worth of around $5 Million.

According to Transfermarkt, Marmolejo holds the trending market value of $1.09 Million.

Who is Marmolejo's wife? Maritial status

Carepa, born Marmolejo, is a family man. He is happily married to his beautiful wife, Sulay Sierra. Before walking into the marriage aisle, the couple dated for quite some time. The Marmolejo family is blessed with four children two sons and two daughters. 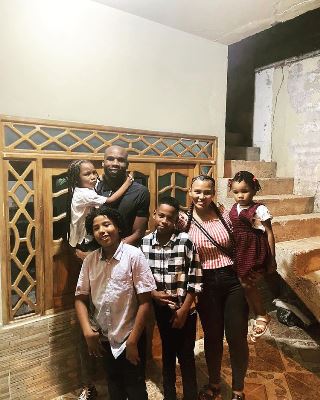 Marmolejo with his wife Sulay and children source: Instagram

The couple seems very happy and satisfied together. Andres Mosquera Marmolejo has balanced maintain his professional and personal life.