2016 Centrobasket Under-15 Championship Gold Medalist Andre Curbelo is a rising Puerto Rican College basketball player currently playing for the Illinois Fighting Illini at the Big Ten Conference. He has been playing as a point guard for the university team. Andre led his High School team to his school's first-ever Federation championship.

Andre Curbelo was born on October 13, 2001, in San Juan, Puerto Rico. He is among the two children born to Joel Curbelo and his wife, Joann Rodriguez. His father is a Puerto Rican basketball player and competed in the men's tournament at the 1996 Summer Olympics. His mother also played for the national handball team. Andre graduated from Long Island Lutheran Middle and High School and enrolled at the University of Illinois.

Andre started playing basketball at the age of four. He averaged 15.5 points, eight rebounds, nine assists, and four steals per game in his junior year. In April 2019, Curbelo played for the World Select Team at the Nike Hoop Summit in Portland, Oregon. At the end of his High-School, Andre was considered a four-star recruit. The basketball player got numerous scholarships from several universities like Oregon, Florida, Kansas, and a few more but chose to remain with Ilinois. 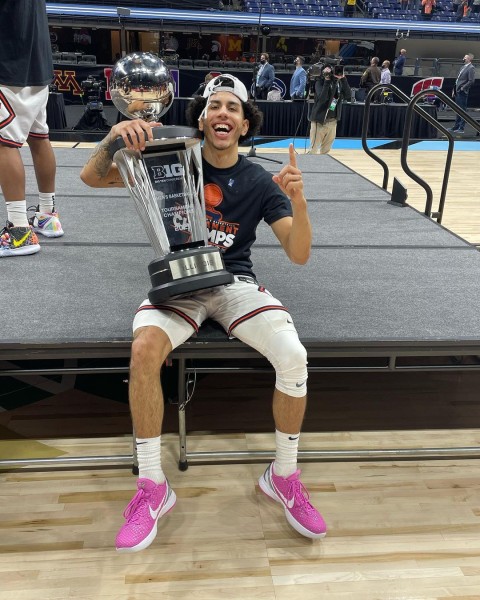 Curbelo was recruited to Illinois by assistant coach Orlando Antigua. In 2016, Andre was selected into the Puerto Rican national team for the Centrobasket under-15 championship. They won the gold medal where he averaged 16.5 points, seven rebounds, and 6.5 assists per game. The following year, he was part of the FIBA American Under-16 Championship bronze medal-winning team.

In 2018, Andre got selected into the FIBA Under-17 World Cup, representing his national team. He is ranked among the top prospect on the NBA list. Recently in early 2021, He was part of the Big10 Championship winning team with his university team.

Andre seems to be single as of early 2021. He is very much concerned about his games and his future. Curbelo spends most of his free time with his basketball team and friends. He is very much early in his career. Andre might be waiting for the right person to fall in love.

Curbelo is one of the highest anticipated players in the upcoming draft. He will surely be landing a huge contract with one of the NBA team. Some experts mention that He might list his name for the 2022 draft.