Sochi native Anastasia Baranova is a rising tennis player who is gradually gaining fame with her outstanding performances in multiple games. From an early age, Baranova was interested in this sport, and she gained widespread recognition when she became Oklahoma Baptist University's first tennis national champion back in 2014, along with Kateryna Shkot taking the NAIA doubles bracket of the ITA or USTA National Small College Championship.

Further, Baranova is a passionate tennis player who has played in various games, and she was also in the singles championship contest held in 2014, taking on Nour Abbes of Xavier. With her best performances, Baranova has been able to earn some honors.

Short Info On Her Age and Parents

Anastasia Baranova was born in 1991, and her birthday falls on October 22. So, as of early 2022, Baranova's age is 30. She is close to her parents, who have supported her since the beginning of her career.

Besides, Baranova spent most of her early days in Sochi together with her mother, Nina Baranova. Unfortunately, her father's information is not accessible in the media as Baranova is a private person and does not share anything with the media.

The passionate tennis player attended Oklahoma Baptist University, a Christian liberal arts university in Shawnee, 30 minutes east of Oklahoma City. Reportedly, she went to OBU as she finds it the best University where she can play tennis and study at the same time easily.

During her Junior season, Baranova made some appearances, and she also became NAIA All-American & ITA Doubles Champion. In the same way, Baranova has played various games as a senior and won some titles such as NCCAA First-Team All-America, NCCAA All-Tournament Singles and Doubles, and First-Team All-Great American Conference.

How Rich Is Baranova?

Baranova is just at the beginning of her career, and she may be making some profit from being a tennis player. However, the actual amount of her earnings is unknown. Besides, a tennis player has an average salary of $19,910 to $187,200. 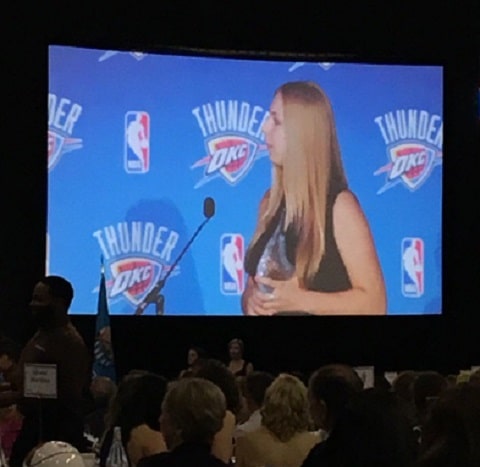 So, her income may be in the same range in the future, and it may increase too. Curretly, Baranova is at the peak point of her career and is also working hard to get more success.

Does Anastasiya Baranova Have A Boyfriend?

Baranova is a very private person, and she does not share anything openly. So, the details regarding her love life, including her boyfriend, remain a mystery. Till now, Baranova has not talked anything about her personal life with the tabloids.

On the other hand, Baranova does not have much presence on social media. So, it becomes more difficult to know about her ongoing lifestyle.