Amie Louise Woakes is a citizen of England who came to the spotlight after tying the knot with renowned English cricketer Chris Woakes who plays internationally for England in all configurations. The power couple has been in a marital relationship since 2017, and they are still leading a happy life together. Being married for over four years, the Woakes pair is also the parents of two beautiful kids, both daughters.

Amie and Chris are cute couples who have supported each other for a long time. The duo has appeared in various events together, including in the ICC World Cup during the ICC World Cup Final at Lord's, London. No doubt, Amie has been a supportive wife who has also appeared in multiple games of Chris. So, we can follow them on social media to explore their life.

Amie and Chris dated each other for some time before tying the knot on February 10, 2017. We can assume that they have been together for a long time, but the actual date of their date beginning is unknown. Furthermore, the pair married in the year 2017, and the ceremony was held privately.

Their wedding ceremony was attended by their family and relatives. Since then, they have been together and back in 2021, Chris shared a photo of their marriage on the occasion of their 4th year of marriage anniversary. 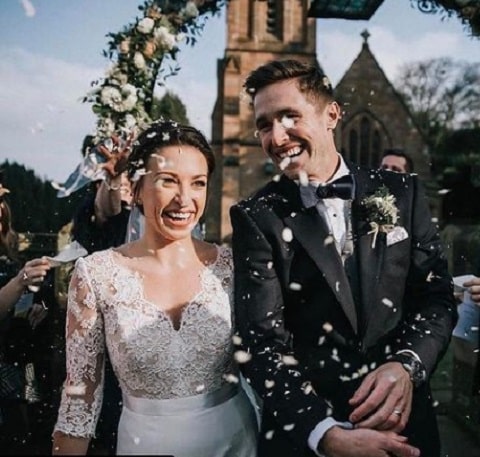 Moreover, they are not only a married couple but also the parents of two loving kids. Their first child, a daughter named Laila Louise Woakes, was born in 2018. The family of three was having good times together. And they grabbed people's eyes when Amie and Chris gave birth to their second child, Evie Louise Woakes, in October 2020.

Now, the family of four lives happily, and the professional cricketer often posts images with his children and partner on his Instagram.

Career: What Is Amie's Job?

The profession of the celebrity spouse, Amie, is missing from internet sources. Neither his husband nor herself has shared the details of her job with the media. So, due to the lack of information, we are unable to talk much about her professional life.

As we know, Amie just came into the limelight after being recognized as the wife of renowned cricketer Chris Woakes. Her husband is a professional cricketer who plays internationally for England. He plays as a right-handed all-rounder, bowling fast-medium.

The Birmingham, West Midlands native, Chris, started playing cricket when he was just seven years old with Aston Manor Cricket Club. His professional career began when he represented Warwickshire in one match during the 2006 season.

Domestically, Woakes has played for multiple teams like Warwickshire, Wellington, Sydney Thunder, Kolkata Knight Riders, Royal Challengers Bangalore, and Delhi Capitals. Talking about his international career, he made his international Twenty20 debut on January 12, 2011, playing against Australia in Adelaide. 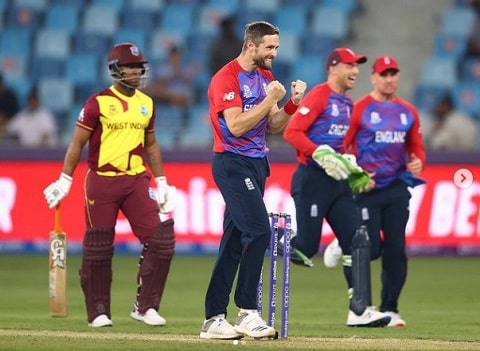 Chris Woakes and his teammates during a match SOURCE: Instagram @chriswoakes.com

And he made his Test match debut against Australia in the final Test of the 2013 Ashes series. Meanwhile, Woakes has been a part of various matches and has also helped his team to win some games too. His team has believed in his skills and has also listed him in numerous competitions. In addition to that, he was named in England's squad for the 2021 ICC Men's T20 World Cup in September 2021.

Earnings Sources and Net Worth Revealed

The earning sources of Amie are unknown, but we can say that she lives a quality life as her husband makes a great amount of money from being a professional cricket player. It is reported that Chris is one of the highest-paid cricketers in the country.

Collecting all the information from internet sources, we can speculate that his net worth is around $1 million to $5 million. So, having such a high income, the Woakes family surely lives a lavish life. It is said that Woakes owns a luxurious house in Birmingham, Warwickshire. 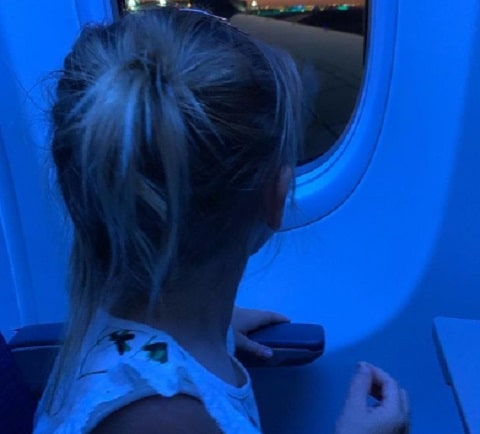 Earning a great amount of money, Woakes spends some money enjoying time with his family, and he continually posts pictures with his family on his Instagram account. Apart from that, Woakes may earn something from working with some brands.

The New Zealand cricket commentator and a former cricket player, Scott Styris have a net worth of millions.

Amie Louise Woakes was born in England. So, she holds English nationality. Not much is known about Amie's early life as none of the media sources have been able to collect the details about her family background too.

Her partner, Chris, was born Christopher Roger Woakes in Birmingham, West Midlands, England, on March 2, 1989. As of 2022, Chris is 33 years old. Talking about his educational history, he went to Barr Beacon Language College in Walsall from 2000 to 2007. 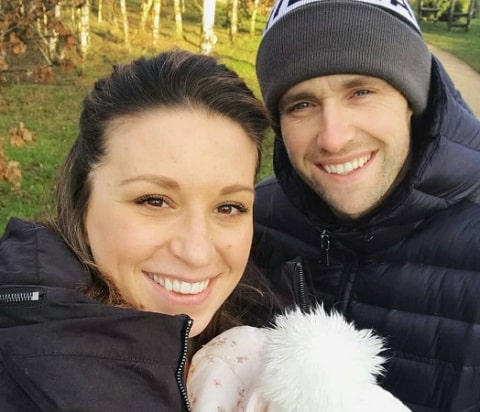 Amie Louise Woakes and Chris Woakes are together for more than four yearsSOURCE: Instagram @amiewoakes12.com

While growing up, Woakes was an avid supporter of local football club Aston Villa F.C. Until the age of 14, he was a trainee footballer with Walsall F.C and played as a winger.

The celebrity wife, Amie, uses Instagram as @amiewoakes and has gained around 300 followers. Woakes has kept her account private. We can see her images on her official Instagram page of Chris, where he is verified as @chriswoakes.

Amie's husband's account has collected more than 557k followers at the time of this post. Moreover, we can find some details on his career on multiple verified sites.