Amelia Ossa Llorente is a French woman who rose to fame after having a very controversial relationship with French footballer, Lucas Hernandez, who plays for Bayern Munich and France national team.

The couple is now married and living a blissful life but there was a time when they even shared a couple of blows and were arrested for domestic violence-related charges. Let's get to know all about Amelia Ossa Llorente in a short biography.

The love story of Amelia and Lucas is an interesting one, to say the least. The duo was in a relationship for a long time. In February 2017, the duo made headlines for their violent exchanges.

As per the source, the footballer returned home drunk and involved in an argument with her. She was hospitalized and treated for minor injuries. Later, Hernandez claimed that she fell unintentionally after the heated argument. 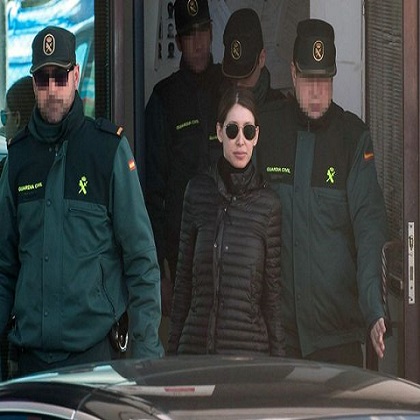 Amelia and Hernandez were ordered not to see each other SOURCE: Mirror

Following the incident, her boyfriend, Hernandez was arrested under influence of alcohol near Madrid for domestic violence and then was sentenced where he received a month of community service. Similarly, Amelia is subjected to the same charge, while she exchanged blows with her companion.

Along with this sentence, both Amelia and Hernandez were forced to be at least 500 meters away from each other for a six-months, or if they had to meet each other, then it should be under police observation. 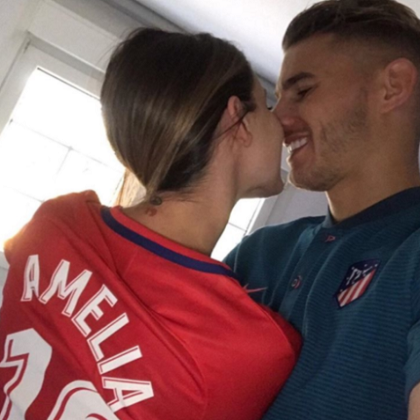 After this, Amelia and her footballer boyfriend wanted to leave behind the bad memories and recover a romantic story. In June 2017, they were spotted together at the Madrid Airport, for which Hernandez spent a night in jail for violating the law.

But it didn’t keep the lovebird apart and shortly after, Amelia and Hernandez tied the knot in Las Vegas. In June 2018, Hernandez revealed that they were expecting their first baby. 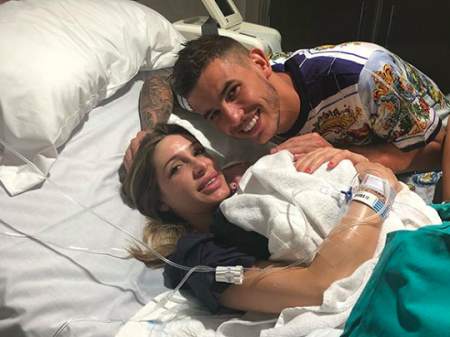 In July 2018, Amelia welcomed her first child, a son named Martin when she was 30 years old. Amelia is active in her Instagram account with 95k followers as of August 2019. A

Amelia Ossa Llorente was born in France. Her exact date of birth is still unknown. The information regarding her childhood, parents, sibling, and academic background is still the subject of curiosity.

Amelia is a secretive person. She has shared less to no information about her profession. But she has mentioned herself as a Cosmetologist in her Instagram bio. According to the source, a cosmetologist makes an average wage of $41,490 per annum.

But her husband, Lucas Hernandez has an estimated net worth of $4 million. His annual salary is $2,720,000 which he gets paid through his current club, Bayern Munich.

A full French international since 2008, Hernandez has been capped 15 times. He has represented his national side in the 2018 FIFA World Cup along with his teammates Paul Pogba, Antoine Griezman, and Hugo Lloris.

Well, we have no idea about what Amelia does professionally. Exploring her Instagram account, we found that she is the owner of a couple of beauty products company No+velloferraz and LookatBeauty. Importantly, she is famous as the wife of Lucas Hernandez, who plays for the Bayern Munich and France national team.