Amber Theoharis, the Emmy Award winner, is an American television personality, a professional journalist and a reporter. In addition, she is renowned for co-hosting NFL Total Access on the NFL network.

The resident of United States, Amber Theoharis, reportedly earns around $100,000, as her yearly salary from the network, and as of 2018, she reportedly has an estimated net worth of over $1.3 million. She is currently married to her short-term boyfriend Todd Buchler and has 3 children with him.

Amber Theoharis was born on September 13, 1978, in Salisbury, MD to Kris Theoharis and Denny Theoharis. As per her racial background, she holds an American nationality and belongs to the White ethnic group. Further, her star sign is Virgo and additionally, the details about her early childhood and siblings are not surfaced in the media yet.

Talking about her education, Theoharis graduated from the Middletown High School( Maryland) and later enrolled in the Maryland University in 1996.

She began her media career in WBOC news in Salisbury, Maryland and was a sports talk radio host for WJZ- FM and was also a sports reporter for WRC- TV in Washington, D.C.

Amber Theoharis Net worth and Salary

Amber Theoharis is one of the rising NFL Network anchors who has made a successful career as a sports anchorwoman. Since NFL Network is a popular sports network, it is well known for paying its sports enthusiasts a high salary. Additionally, Amber Theoharis accumulates an impressive amount as a television host from her professional career.

The American sportscaster/anchor Amber Theoharis has an estimated net worth of $1.3 million. As of 2018, the reporter receives an annual salary of $100,000 from her successful reporting career with NFL Network while Ian Rapoport is one of the highest earners of the network.

Being specific, According to Payscale, a sportscaster in the United States earns an average salary of $60,000 and their total payroll ranges from $29,821 to $208,159. So with all the assumptions and references, we concluded that she has been enjoying a good lifestyle along with her husband and children.

Theoharis joined MASN as a reporter in 2007. Some of her other duties for MASN included hosting Ravens Xtra with Wally Williams and Bruce Laird and Playmakers, covering the Baltimore Ravens and also reporting during Orioles telecasts.

In 2011, instead of covering the Baltimore Orioles team on a daily basis and providing live reports during and after the games, she started to focus on interviews and features for the " Mid- Atlantic Sports Report" network, blogging regularly and filling in for sportscaster Jim Hunter alongside Rick Dempsey for "O's Extra" pre and post-game shows.

In September 2012, Theoharis left MASN to work on NFL Total Access for NFL Network, where she replaced long-time co-host Kara Henderson, who left the network to start a family after nine years.

Talking about her personal life, she is a married woman and currently married to her short term boyfriend turned husband Todd Buchler. After some years in a relationship, they decided to make their date life, a happy married life. 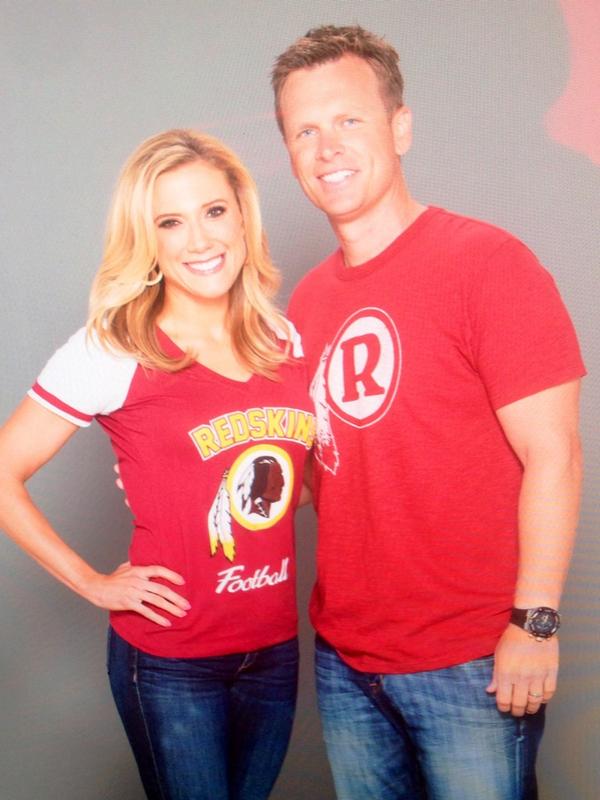 In addition, the couple shared a loyal relationship and are the parents of three children, two daughters, and a son. In 2010, the couple welcomed their first child, Dylan Mattea as a daughter. Likewise, Kamryn Olivia, her second daughter, was born in 2011. Further, the exact date of birth of their son Tyson is unknown.

In addition, she is also in the list of one of the hottest blond reporter of NHL network along with Colleen Wolfe.

‘Love each other with genuine affection, and take delight in honoring each other’. -Romans 12:10???? Merry Christmas from my family to yours! ??????

The couple seems to be enjoying a happy life as the pair is not involved in any rumors of affairs and divorce. Moreover,  the spouse enjoys a lavish lifestyle from good net worth. Additionally, similar to popular anchor Dawn Davenport and Dominique Sachse, she also has the von Emmy award.

She currently lives with her husband and children in Los Angeles, California.