Famous as a wife of Steve Kuclo, Amanda is an American native who is a personal trainer and fitness model by profession. Earning an International Federation of BodyBuilders (IFBB) pro card in 2009, Amanda also competes in bodybuilding events. Before the Bodybuilding carer, Amanda was into the music, working together with the signing star Britney Spears and other girls in Florida as a band member of the musical band called Innosense.

BootyQueen Apparel Store owner, Amanda, was born on March 24, 1979, in the United States of America. As per Amanda's birth details, she is an American native and belongs to the ethnic group of white. Also, Latona was born under the star sign, Aries.

The entrepreneur, as well as designer, Amanda, is a married woman. Additionally, she gained popularity after she tied a knot with a famous bodybuilder, Steve Kuclo. The couple dated for long before they finally decided to tie a knot on February 7, 2015. 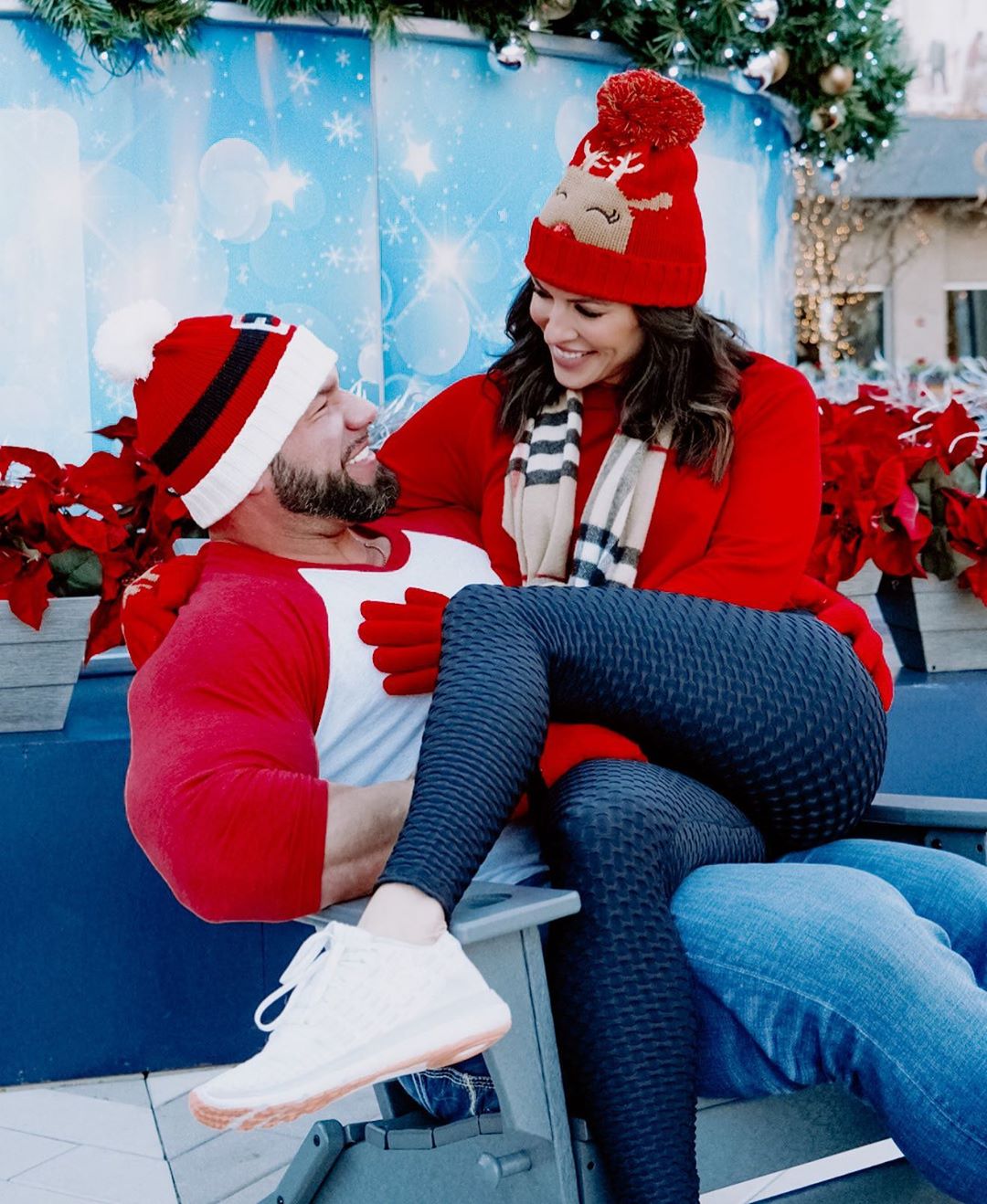 Amanda with her husband in Christmas SOURCE: Instagram @amandalatona

Moreover, the lovebird who engaged on early February of 2015 currently resides in Dallas, Texas. Reportedly, the duo celebrated their honeymoon in Las Vegas, United States. Being together for almost five years, the couple hasn't planned for babies yet. 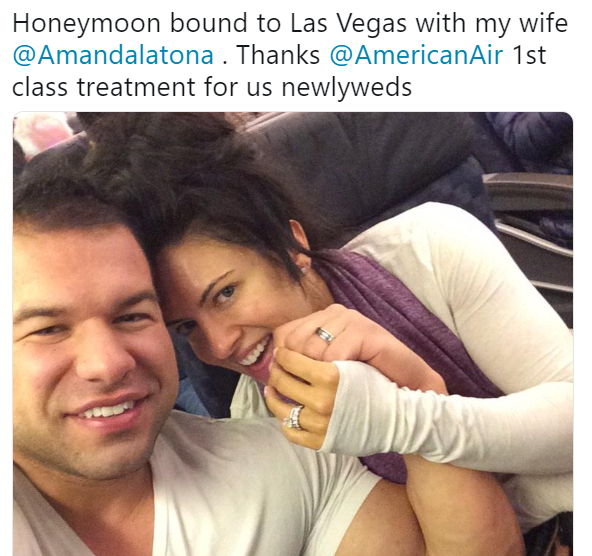 Amanda and her husband traveling to Las Vegas for honeymoon SOURCE: Twitter @SteveKuclo

Besides, the couple seems to have a strong bond together as they never miss to upload their picture in their respective social account. Notably, the adorable couple was spotted enjoying their time in some of the exotic places such as Thailand, China, Prague, and many more.

Out of many, in one of her Instagram posts, Amanda posted a romantic picture along with her husband, saying she was born to be the wife of Steve. She wrote:

"I was born to be your wife. You make me feel a love and a joy I never thought was possible and you do it daily. Literally daily. Thank you for being mine forever...and beyond. My wonderful sweetheart."

Steve Kuclo is a professional American body-builder famous with the nickname of King Snake. Steve came to fame by winning a lot of international competitions and four times participating on the stage Mr. Olympia. Additionally, Steve worked as a firefighter before the body-building profession.

Besides, Steve was born on  August 15, 1985, in Detroit, Michigan. Similar to Amanda, he is an American native and belongs to the ethnic group of white. Also, Steve has an estimated net worth of over $5 million and earns around $150,000 as an annual average salary.

Compared to her husband's net worth, Amanda is yet to reach that level. However, reports suggest that she holds a net worth over $1 million, entirely generated from her professional career. Also, she is the owner of the BootyQueen Apparel Store, through which she is expected to generate a satisfactory revenue.

Likewise, she is also a fitness model by profession and particularly, the fitness model in the United States is expected to earn between  $58,000 to $70, 000 as a salary. Moreover, she is a multi-profession person, working as a TV host, a Personal Trainer, and Recording-Artist. Although the details about her salary from each professional are not in the media yet, she is expected to earn $150,000 as an annual average salary. 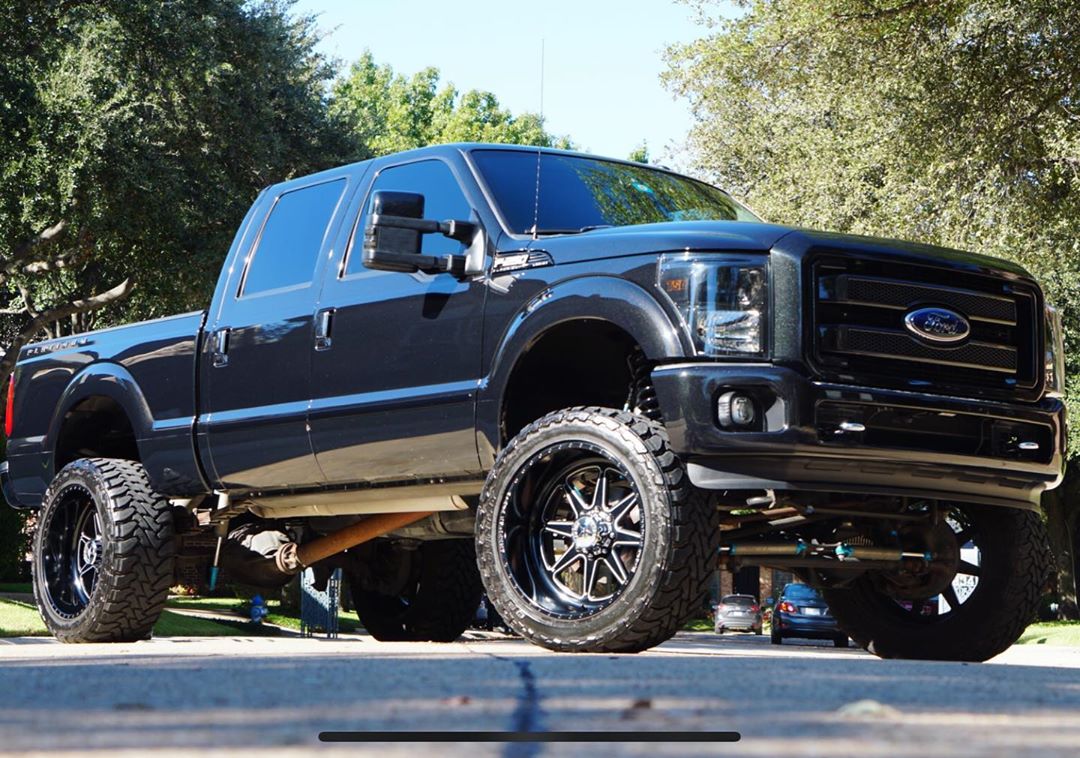 Excluding financial parts, Amanda, along with her husband, is an avid car collector. Together with her husband, she shares cars like Corvettes, Ford, and Shelby. Corvettes' prices in the United States start at $58,900, while Ford truck has a starting price of $30,000. Likewise, their next car, Shelby, has a base price of around $70,300.

Together with her husband, Steve, she also owns a luxury house in Hampton, Green Lush Villas. Moreover, she also makes extra money from endorsement deals. Primarily, she often promotes the brand ALLMAX Nutrition.