The Senegalese football player Alpha Diounkou currently plays as a center-back for Spanish team Barcelona Atletic, on loan from Granada. Alpha is also capable of playing as a right-back and prefers his right foot. Additionally, he wears jersey number 6, and the right-footed player is well known for his amazing football skills.

Alpha is a professional player, and he previously played for San Fernando on loan for the first half of the 2021–22 season. He began his career in football in 2007, and as of now, Alpha has played for multiple clubs; he started his initial career by playing for the club Son Cladera; later, in 2021, Diounkou professionally began his career by signing a contract with Granada.

What Is His Salary And Net Worth?

As mentioned, Alpha has a lengthy playing history. Since the beginning of his career, he has gone through many events and played for multiple clubs, so we can say that Alpha has received considerable money from his active football career. As per our close sources, he has an estimated net worth of £811,200. 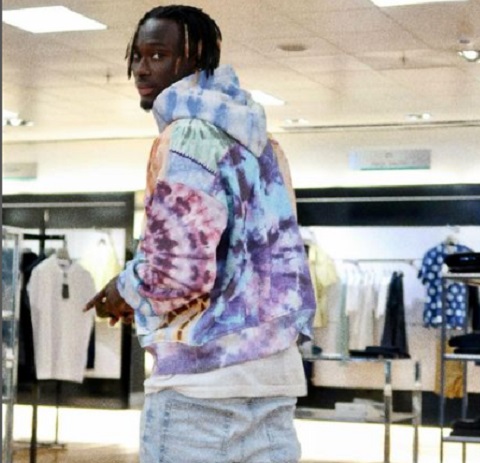 Similarly, Alpha is reported to receive £4,500 per week and £234,000 per year. Football is the primary source of his income; apart from that, he might be adding notable money into his bank account from endorsements. However, Alpha has never talked about his earnings openly on the web sources so far now.

Talking about his current market value, Alpha's market value is €300Th which is the highest of all time. His fans will appreciate alphas' hard work, and he has come across this at such a young age, which has also encouraged many other people.

The center-back Alpha has a successful football career and has played for many clubs since his youth age. Diounkou was introduced to football at a young age and the youth academy at 14. Exploring his bio, we knew he has played for Spain and Senegal national teams.

Is Diounkou Dating- Single Or Taken?

Football fans are not just concerned about their idol professional carer but are also curious to explore their professional life. Likewise, Alpha's fans are captivated by his dating life, and fans are excited to know if he is dating or single.

Concerning the online sources, Alpha is possibly single as the footballer hasn't dropped any hints regarding his lovelife, making us believe he is single and is focusing on his growing career.

However, his fan noticed that Alpha might be dating someone in private as he is concerned about privacy. Therefore, his fans must wait some more time unless he publicly confesses his lovelife to us.

Who Is Alpha Diounkou? Short bio

Alpha Diounkou was born on October 10, 2001, in Sindone, Senegal. He holds dual nationality in Senegal and Spain. Born in Senegal, Alpha's family moved to Spain, where he started his youth career; he also played for the Span's national team, but later, he switched to represent Senegal's national team.

Following his birth details, the star sign of Alpha is Libra. Unfortunately, he hasn't let us know much about his youth career. Also, the family details of Alpha remain missing as of this writing.

Alpha is among the tall and well-built Senegalese footballers like Moutarou Balde and Abdallah Sima. And he is 6 feet inch tall. His towering height also recognizes Alpha. Likewise, he has a unique hairstyle, and he often changes his hairstyle. For more, we can also explore his social media handles, where he is active under the username @alphadiounkou88.