Born on 25th January 1989, Chapman initially joined the University of Alabama at Birmingham and played for the college team in 2007 then transferred to Louisiana State University and represented LSU Tigers from 2009 to 2011. Read Chapman's biography to know about her salary, net worth, affair, boyfriend, relationship, and more

A professional soccer player since 2006, Allysha Chapman has earned tremendous sum through her career. As of 2020, her net worth is approximately $1 million. Signed to NWSL side Houston Dash, her salary is estimated the six-digit figure. Reportedly, the league has announced the 2020 salary cap is set at $650,000. 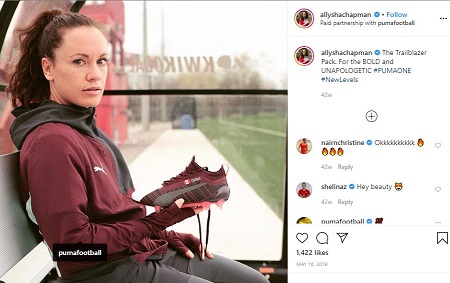 Allysha Chapman is endorsed by Puma SOURCE: Instagram @allyshachapman, shared on MAY 16, 2019

Besides, she earns much from her endorsement deals with various brands including Puma.

Who is Allysha Chapman's Boyfriend?

Allysha Chapman, 31, is currently in a relationship with a mysterious man. There is less to no information about her boyfriend, not even his name. But one thing for sure, Chapman is not single. She often mentions having a boyfriend in her interviews. It seems like, Chapman prefers a low key personal life. 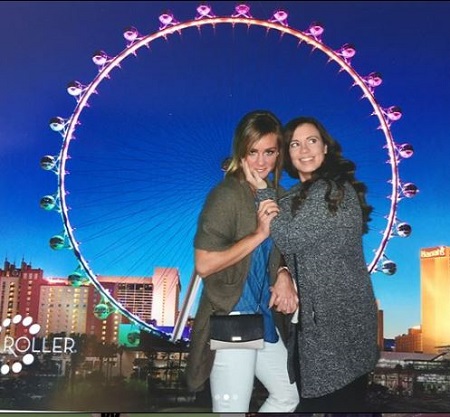 Besides, she is active on Instagram with 12k followers, most of her pictures are from her profession and some from her vacations, with friends, and family. Other than that, the footballer owns a Labrador dog.

Chapman was born in Oshawa and raised in Courtice, Ontario, Canada, alongside her sister by a Scottish mother. She holds a Canadian nationality. Born on /January 25, 1989, Chapman is 31 years old as of July 2020.

After playing the previous three seasons in Sweden, Chapman joined the Dash in 2015. On November 28, 2016, she was traded to the Boston Breaker where she appeared in 19 games.

In the 2018 Dispersal Draft, Chapman was picked by the Courage. That same year, she was traded to the Houston Dash on May 9. Later six days, she made her return to the Dash, joining the team alongside Jane Campbell.