Ally Love is a well-established American fitness Instructor. The multi-talented instructor is also a spokesperson for Peloton, the CEO/Founder of Love Squad, the in-arena host of the Brooklyn Nets, an Adidas Global Ambassador, and a model. Love has been working in the industry for more than a decade.

Ally love was born on April 6, 1986, in Miami, Florida. Much about her parent and her early life is still under the radar. She has successfully kept her personal life away from the media. After graduating from New World School of the Arts, Love enrolled at Fordham University and earned a Bachelor of Fine Arts from Fordham, where she majored in dance and minored in theology. Talking about her physical appearance, Ally stands five feet and nine inches tall and weighs 60 kg.

Know about Ally Love's Net Worth, Earnings, Contract, and Salary

Ally Love has an estimated net worth of more than $1 Million. Although She has been working for more than a decade, her job does not pay more than six figures as her salary. In a report published in Yahoo News, A Pelton instructor could make roughly $500,000 in total compensation. Love must be making a good sum through her career as an in-host for the Brooklyn Nets. 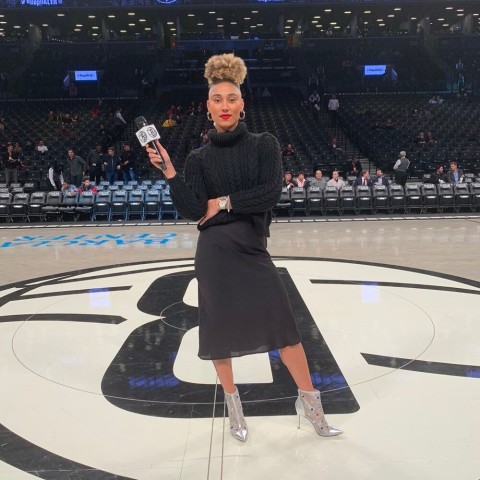 Ally has appeared in numerous top magazines in the States and must be receiving a handsome amount for her photoshoot. She does modeling and makes a good amount to her net worth. Love is the global ambassador for Adidas, and much about their contract is under the radar.

Who is Ally Love Married To? About Her Husband and Love Life

Ally is married to her longtime boyfriend, Andrew Haynes, in August 2021. The love birds had a private and destination wedding ceremony at the Rosewood Mayakoba in Mexico. They had a 5-day extravaganza wedding ceremony in front of their close friends and family members. 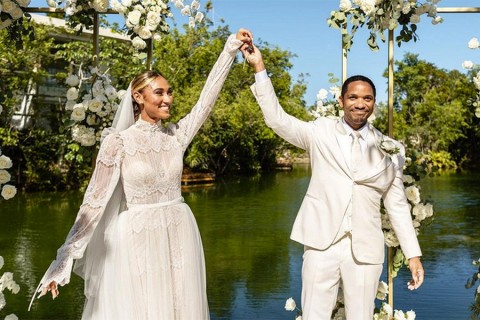 Ally got married to Andrew in August 2021 in Mexico SOURCE: People

Ally wore a reminiscent of Princess Diana's iconic bridal gown for the wedding day, and Haynes wore a white tuxedo matching his shirts, tie, and the entire appearance. For the reception, Love wore spaghetti-strap, corseted A-line dress encrusted with glitter embellishments. The host shared about her wedding through a post in June on her Instagram. The duo got engaged in January 2021.

Ally started her career as a dancer and toured with contemporary ballet companies in North America. She modeled in ads for numerous internationally recognized brands like Victoria's Secret, Reebok, Self Magazine, Women's Health magazine, and a few more. In 2012, The model joined Brooklyn Nets as their in-arena host. Since 2017, She has been a Peloton instructor.

Adidas signed Ally as their global ambassador. She is also a Certified Health Coach from the Institute of Integrative Nutrition, and NASM certified trainer. Love is very much early in her career and will be leaping a huge success in the future. Ally is the founder and CEO of Love Squad. The squad is a fitness and lifestyle website that helps in empowering women in business, fitness, and life.