Allan Jeffrey Langer widely recognized as Allan Langer is an Australian retired multi-winning rugby league footballer. The rugby star Langer played in the 1980s, 1990s, and 2000s as well as later served as an assistant coach for the Australian National Team and Brisbane Broncos.

Allan Langar is one of the pre-eminent Half Backs of his era, having represented his national side, Australia on many occasions as well as holding the record for the most State of Origin appearance, until being exceeded by Dareen Lockyer.

Allan Langer's Net Worth and Endorsement

As of 2021, Langer's exact figure of net worth is yet to disclose. But looking at his career, it is assumed that, his net worth is no less than in a 6-digit figure. 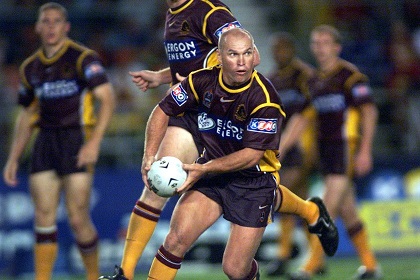 Allan Langer has earned most of his wealth through his professional rugby career, both as a player and assistant coach. He previously was the head coach for the team Brisbane Broncos and the Australian national team, through which he amassed a good amount as a salary.

Prior, he also owns a restaurant, which is also his source of earning. He also had an endorsement deal with brewing company Lion Nathan but the deal was later withdrawn due to his drink and drive case.

Allan Langar has been married to Janine for a long time. The duo shares 3 children together named: Maddison Langer, Harrison Langer, and Courtney Langer. 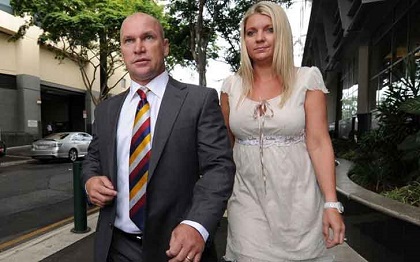 In 2001, the couple became partners in Alfie’s Moo Char & Bar. While Allan loves to look after the customers, his spouse Chef Janine maintains the food creations, staff, and business side of things.

On 29th March 2010, Langer was charged with drink driving. At the time of the incident, police found him to be three times over the legal blood alcohol limits. Before the incident, he went to the Normanby Hotel where he drank about 10 glasses of beer and a couple of glasses of vodkas. Langer planned to drive all the way to his home but a police patrol pulled over in the Brisbane Suburb of Everton Park.

He pleaded guilty and was banned to drive a motor vehicle for 8 months. Not only that, but he was also suspended from his coaching position with The Broncos.  At the time, he was an ambassador for Lion Nathan brewery and because of the incident, his brewery ambassadorship was canceled too.

Allan Langer was born on the 30th of July 1966, in Ipswich, Queensland, Australia, as Allan Jeffrey Langer. Regarding his nationality, he is an Australian and is of white ethnicity. His birth sign is Leo.  He was raised alongside his three older brothers: Kevin Langer, Cliff Langer, and Neville Langer by their father, Harry Langer who worked as a Queensland Rail worker, and mother, Rita Langer.

Since his childhood, Langer had a keen interest in football. He grew up playing football alongside his brothers at Ipswich’s Northen Suburbs Tigers.

At his 15, Langer was selected as an Australian rugby league schoolboy representative. At the time, he worked as truckie’s offsider, delivering white goods. He later served on the council making roads but continued his passion for playing football.

By 1986, Langer began playing first grade in the Brisbane Rugby League premiership side Ipswich Jets. While still playing for Jets, he made his Queensland debut in the “1987 State of Origin series”.

After playing only 1 season for the Jets in 1987, Langer signed with the newly established Brisbane Broncos who would enter the New South Wales Rugby League premiership that same year.

Captained by Wally Lewis and coached by Bennett at the club, Langer developed much skill and learned from his mentors. He was named Man of the Match in his game of the 1988 State of Origin series.  On 20th July 1988, Langer played against Papua New Guinea where he recorded a 62-point victory, scoring 2 tries.

Langer was named the Broncos' player of the year at the end of the 1988 New South Wales Rugby League season. He missed most of his 1989 season due to his leg injury.

After Langer’s recovery, he made his comeback to go on the 1990 Kangaroo tour. In 1992, he became the new captain of the Broncos after the retirement of Gene Miles.

As before, Langer earned the captainship at Warrington Wolves and took the team within 1 match of the Challenge Cup Final. The same year, he was honored as a Member of the Order of Australia and also awarded Australian Sports Medal.

He played just one season for Wolves and then he returned to his previous club, Brisbane Broncos. At the time of his retirement, Langer made the most appearance as captain and became only the 3rd player to have been named the man of the match in a State of Origin game more than 3 times.

In 2003, Langer was inducted into the Broncos' official Hall of Fame. At the Broncos’ 20-year anniversary celebration, the club named Langer among the 20 best players to play for Broncos, in 2007.

He was also listed among the “Australia’s 100 Greatest Player” by the NRL and ARL to celebrate the code’s centenary year in Australia, in February of 2008. In June, he was picked in the “Queensland Rugby League’s Team of the Century” at halfback. The same year, he was inducted into the “Sports Australia Hall of Fame”.

In mid of 2008, Langer was appointed as a full-time assistant coach with Shane Webcke to work alongside newly-appointed head coach Ivan Henjak.

He also worked as an assistant coach for the Australian national team.