Alize Cornet is a professional tennis player from France who currently competes in various individual tournaments of tennis. Her current ranking in World Tennis is in Number 59. Till now, she has won 3 doubles titles and 3 singles titles. She has competed in various Grand slam events including the Australian Open, Wimbledon Championships, and French Opens. But has not been able to secure noticeable positions.

She became quite famous in 2014 when she beat Serena Williams in the Dubai Tennis championships. Serena Williams was the World Number 1 ranked female tennis player at that time. In her junior career in the 2007 French Open, she won the Grand Slam Junior single title.

Who is Alize? Her Personal Information and Family

Alize Cornet was born on January 22, 1990, in Nice, France. According to astrologers, her birth sign is Aquarius.

She was born to his father Francis Cornet and her mother Patricia Cornet. She has not revealed much about her parent's information and family background. 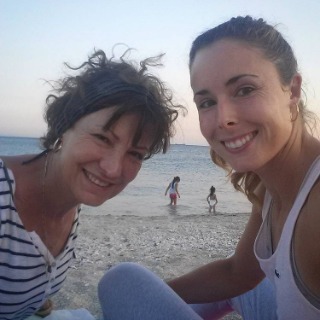 But, she grew up along with her brother Sebastien in her hometown Nice.

As a kid, she used to watch her brother Seb play tennis. And she also followed her brother's footpath and started playing tennis at just 4 years of age.

But as the Cornet siblings grew up, sister Alize started achieving more success than her brother.

As of now, her brother, Sebastian is also her agent.

After playing for a few years, she got her first chance to compete in the Grand Slam in 2005 when she was just 15 years old. She competed in the 2005 French Open and even beat Aline Jidkova in the first round. At that time, Alina was 71st ranked while Cornet was a fresher and was ranked 645th.

In the second round, she faced the then Number 3 ranking Amelie Mauresmo and lost. It was in 2005 when she first reached finals in the Australian Open in 2008. She beat Vera Dushevina, Francesca Schiavone, and Svetlana Kuznetsova in the round. While she got passed Serena in the semi-finals as Serena was injured.

Her weight is around 60 kg.

What is the net worth of Alize Cornet? Her Career Earnings and Salary

As per sources, the net worth of Alize Cornet is estimated to be $2 million approximately. 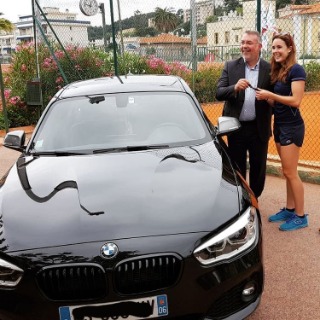 Her main source of income is from playing tennis and competing in various tournaments. Mainly she earns from winning or securing the positions in those tournaments.

Her first prize money was in 2007 when she won against Stefanie Vogele in the finals for the singles titles. The tournament was held in Dnipropetrovsk and she won $50,000 as prize money.

Since then, she has won 6 major titles including singles and doubles, and has earned money in millions.

Additionally, she also earns from her sponsors and brands deals.

Throughout her career, she has had many sponsorships offers. Some of the major brands are BMW and Sothys Paris Official

One of her sponsors is BMW, which is a manufacturer of luxury vehicles and motorcycles.

In 2018, she posted a photo of a BMW car which was given by the BMW Nice Premium Motors. She also thanked them for the car and wrote,

"Totally fan of my new BMW series 1.! A big thank you to @bmwnicepremiummotors and my heart club Nice LTC for this little wonder. #cadérouleoupas #BMW"

Her other sponsor is Sothys Paris Official, a company that manufactures beauty products. It is not sure what is the exact monetary transactions exchanged between the business partners. 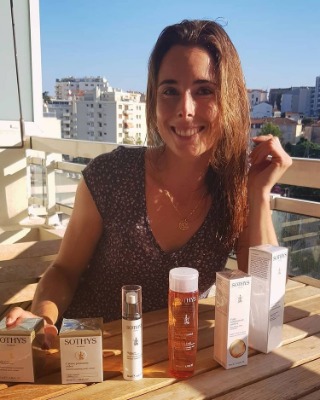 Alize's relationship status || Is he dating anyone?

As per the sources, Alize Cornet is currently in a relationship with her boyfriend Michael Kuzaj. The couple has been together for more than 4 years as of 2022.

Alize and her love are seen together on different occasions. The pair frequently share photos with each other. They mostly post photos of visiting different places. Read: Bradie Tennell's Boyfriend; Who is she dating?

As of now, they are deeply in love but have not been married. They have not revealed their future plans and when are they going to get married.

Who is Alize's boyfriend Michael?

Alie's boyfriend Michael, in full, Michael Kuzaj is famous for being the boyfriend of Alize Cornet. Michael celebrates her birthday on the 7th November of every year. She was born in 1990, the same year, Alize was born. She was seen wishing her boyfriend his 29th birthday in 2019. She posted, 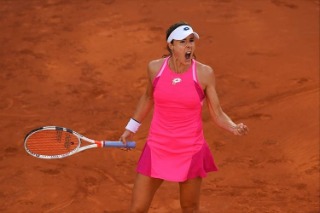 In doubles, her ranking is currently in Number 281, but her highest was in March of 2011 when she was ranked as the Number 59.

She is an active Twitter user and has a fan following of more than 157,000 followers. Her twitter Id is @alizecornet.

She is also active on Instagram where she shares about his games, private life, and time with friends. Her Insta Id is @alizecornet and has more than 121,000 followers.