Aliyah Boston is an American college basketball player who is playing for the South Carolina Gamecocks of the University of South Carolina. She is the recipient of the 2020 Lisa Leslie Award and 2020 USBWA National Freshman of the Year. Boston played high school basketball at Worcester Academy.

Saint Thomas, U.S. Virgin Islands native, Aliyah Boston was born on 1st December 2001, under the star sign Sagittarius. The nineteen years old is an American by nationality who belongs to the Afro-American ethnic background.

College Athletes are now closer to getting paid. Though the NCAA is taking steps to allow athletes to earn money, it stipulated that certain actions would remain prohibited. These things are yet to get implement. Besides, college athletes have scholarships.

Aliayah is yet to become a pro and earn money out of her career. The intimate goal of the college basketball player is to get draft by the WNBA team. The average WNBA player makes $100,658.10 a year.

Aliyah enrolled at Worcester Academy where he was named Massachusetts Gatorade State Player of the Year in 2017, 2018, and 2019 respectively.

Aliyah Boston is the daughter of Cleone Boston and Algernon Boston. She has a sister, Alexis Boston. Both her parents are 6 feet 1 inch and her maternal grandfather is 6 feet nine inches tall. She started playing basketball when she turned nine, watching her older sister Alexis play the game. Since her 12, she has lived with her aunt in Worcester, Massachusetts.

While not playing, she enjoys movies, swimming, and shopping. Her favorite class is Spanish. Her favorite pregame snack is an apple.

Ranked the third-best player in the country during her senior year, Boston is pretty serious on her basketball career rather than involving in a romantic relationship. 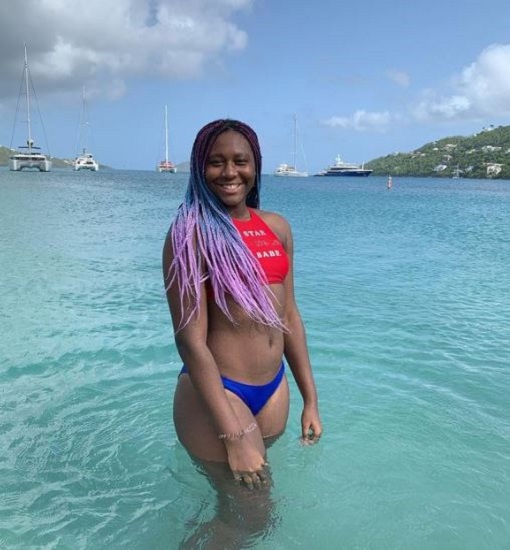 To date, there are no rumors in the media regarding her love affair or boyfriend. Boston herself maintained a low-key personal life. As of now, she is assumed to be single: no hook up no breakup.