Alison Van Uytvanck is a rising Belgian professional tennis player. She has been playing at the professional level for almost a decade. Alison has won just a single career title in Doubles and has won four titles in Singles. Uytvanck is yet to win any major titles to her name.

Alison Van Vytvanck was born on March 26, 1994, in Grimbergen, Belgium. She is among the three children born to  René Van Uytvanck and his wife, Krista Laemers. She has a twin brother named Brett and an older brother named Sean. Alison graduated from Sint-Donatus High School and then started her professional career. Uvtvanck stands five feet and eight inches tall and weighs 65 kgs.

Alison Van Uytvanck has an estimated net worth of more than $3 Million. She credits most of her net worth to her successful career as a tennis player. In 2020 Alison took home more than $128,000 from ITF matches. Alison has a sponsorship deal with numerous companies and must be making millions with the deal. A tennis player has an average annual income of more than $100,000. 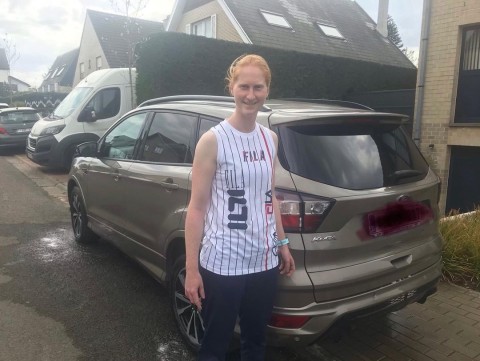 Alison is very much early in her career. She will be adding a huge sum to her net worth in the upcoming days. Totaling her net worth from Tennis, it sums to $3,121,351. Sara Errani is a famous Italian tennis player with a net worth of more than $10 Mllion. She has a contract with the South Korean sporting goods company Fila apparel.

Who is Alison Van Uytvanck Dating? Know About Her Relationship Status and Her Boyfriend

Alison is involved in a romantic relationship with his Greet Monnen. The love birds have been together for more than two year. Alison belongs to the LGBTQ community and very much supportive of the community. The player is very much open about her relationship and had some ups and downs after opening about the relationship. 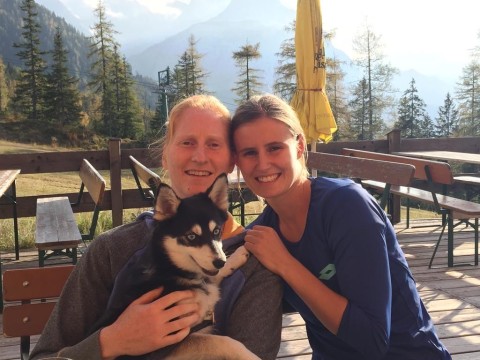 Alison along with her boyfriend, Greet SOURCE: [email protected]_van_uytvanck

Alison's girlfriend, Greet is a also a Belgian tennis player. Both of them are an active social media user and keep sharing each others photos regularly.

In 2014, Alison reached the second round at Wimbledon for the first time in her career and played in the main draw of all four of the Grand Slam tournaments. The following season,  she reached the quarterfinal of the French Open. In the mid of 2015, a growth on her right ankle resulted in her missing a number of tournaments in the 2016 clay-court season.

Alison took break for 2016 season and then returned in 2017. Uytvanck won her first WTA title of her career. In 2018, Alison won her second WTA title and then  reached a new career-high ranking of 37.