Alica Schmidt is a German track and field athlete who has taken the football community by storm after reports suggested she had been hired by Bundesliga giants Borussia Dortmund as their fitness coach. Besides, she is also an Instagram star with 2.6 million followers. Though she did not compete, Schmidt was a team member of the German relay team at the 2020 Summer Olympics.

How Much Is Alica Schmidt Net Worth In 2022?

As of 2022, Alica Schmidt has an estimated net worth of $0.5 million. Her income source is to consider her athlete career, endorsement, and socials media. 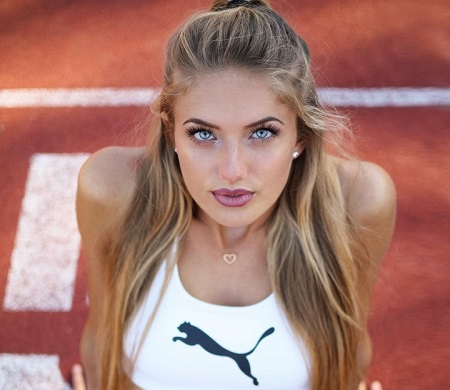 Athletic clothing company Puma offered her deal to appear in their new advertising campaign. Schmidt jumped at the chance, and Puma became her official sponsor. Further, her sponsor, Puma, decided to take her endorsement deal to the next level and offered her the chance to star in a TV commercial. Besides, she is also sponsored by SugarDad and foodspring.

Alica Schmidt is in a relationship with her boyfriend, Fredi Richter-Mendau. The couple met while she was living in Potsdam. They are seeing each other for several years. Fredi is by her side, but also behind the camera, snapping many of her Instagram pictures. 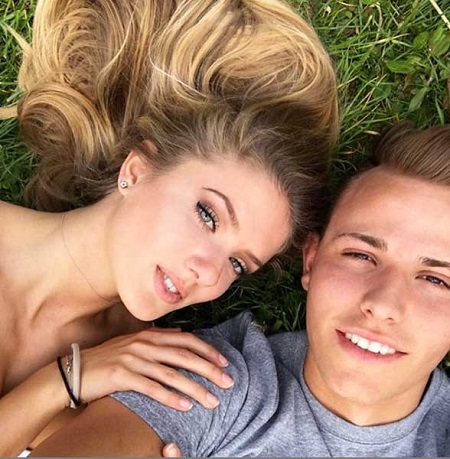 Besides, she often posts heartfelt messages to her friends, thanking them for their friendship. She also posts pictures and videos of them traveling and having fun together.

From an early age, Schmidt had always shown a great aptitude for sports of all kinds, especially running. Schmidt credits her parents for instilling in her a love for running and a strong work ethic. Her father competed in track and field, and he could already see his daughter's potential. At just seven years old, she was enrolled in a local athletics club.

She graduated from a local high school in her home town. Further, she enrolled at Freie Universitat Berlin.

Schmidt joined the prestigious SCC sports club in Berlin. In the 2017 European Athletics Championships won silver in the "Under 20" category. She then led her team to bronze victory during the same championship in 2019, this time in the "Under 23" category. Further, she runs 200-meter, 400-meter, and 800-meter distances. She also has tried running with hurdles.

While her name is often mentioned as a possible contender for the now-postponed Olympic Games, Alica Schmidt admits that she is not ready. She acknowledges that she is still a young athlete and not yet fully prepared to compete.