Tunis native Ali Jemal is a professional footballer who plays as a goalkeeper for Etoile Sportive du Sahel. Jemal has been representing the respective team since joining them on July 1, 2021. Moreover, his contract with the team was extended on June 30, 2024.

Playing football for quite a while, Jemal has already become a part of multiple teams. Apart from that, Jemal is also listed in the list of the senior football team of Tunisia that is playing in the FIFA World Cup 2022. For your information, Jemal wears jersey number 30.

Earnings: What Is Jemal's Salary & Net Worth?

Starting with his earnings, Jemal makes a good profit from his profession as a footballer. Jemal is at the peak point of his career and is playing with Etoile Sportive du Sahel. So, we can speculate that Jemal may be taking a decent salary from the squad. 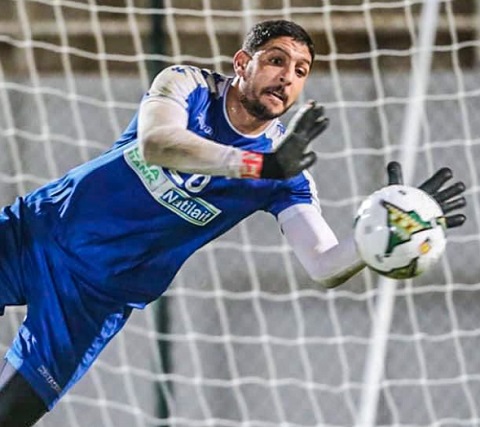 Ali Jemal in one of his professional games  SOURCE: Twitter @NoussourTN

Furthermore, Jemal has also played for other teams in the past, and when he left US Ben Guerdane to Esperance, Jemal received a considerable fee worth €20Th. Looking at his graph in Transfermrkt, Jemal's earnings are growing, and his current market value is €600Th.

The professional goalkeeper is still active in this sport, and we can expect that Jemal's income will increase in the coming years. At the moment, we can say that his net worth may be around $500,000.

Love Life: Is He Single or Dating Someone?

Moving into his love life, Jemal may have a partner, but the footballer prefers to keep it far from media prominence. It may be due to privacy concerns. So, Jemal's personal life has always remained away from us. 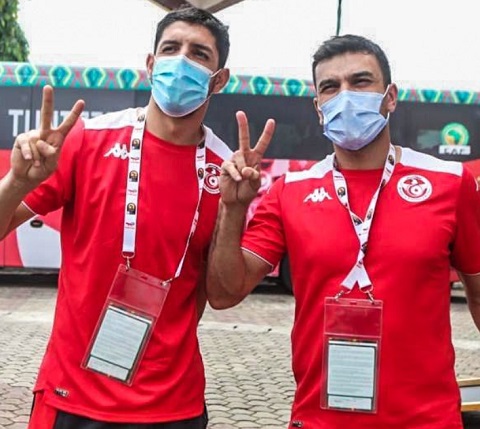 Ali Jemal with one of his teammates
SOURCE: Twitter @arryadiatv

Just like some private footballers, Jemal is also a private guy who does not like to talk much about his details openly. Not only that, but we can't find any official accounts under Jemal's name on Instagram and other social media platforms.

Due to his low presence on social media, it becomes more challenging to know about his love life.

Well, Jemal began playing football professionally after joining ES Tunis in 2011. So, he has had an active presence in this sport for over a decade. Jemal played with ES Tunis until 2019 and appeared in 23 professional matches.

In 2015, he was loaned to US Ben Guerdane and served as a shot-stopper for the team in 12 games. After that, he joined Stade Tunisien. While playing for Stade Tunisien, Jemal made 49 game appearances. On July 1, 2021, Jemal signed a deal with Etoile Sportive du Sahel.

What Is Ali Jemal's Height?

Regarding Jemal's height measurement, he peaks at the height of 6 feet 4 inches which is 1.92 m. His impressive height helps Jemal to be one of the best goalkeepers in his squad.

Apart from that, he was born Ali Jemal in 1990 in Tunis, Tunisia. Not to mention, Jemal lights his birthday candle on June 9 every year. As we know, he is a private guy; we are unable to share info about his parents too.