Ali Abdullah Harib Al-Habsi is a former professional football player known as Ali Al-Habsi. He competed as a goalkeeper during his career. He began his soccer playing for Al-Mudhabi in 1998. The Omani citizen Ali even work as a fireman after high school. He has appeared in several leagues of the world, such as the Premier League, Saudi Professional League, etc.

The retired goalie Ali Al-Habsi was born on 30 December 1981 in Muscat, Oman, with a Capricorn sun sign. At the moment, he is 40 years of age. Ali is also the co-founder of safety first, a non-profit road safety organization. The Oman international stands tall at 6 ft 4 inches and weighs 79kg. The goalie has a light brown skin complexion.

The retired Reading goalie Ali Al-Habsi is an Omani citizen and practices the Muslim religion. He is the son of school bus driver Abdullah AL-Habsi and his mother, Aza Al-Habsi. His father is a huge football fan, and the reason behind pursuing a footballer is his father.

His father has supported him in each career step, along with other members.

The retired Omani goalkeeper Ali joined football professionally in 1998, playing for Al-Mundhaibi for four years. For the 2002-3 season, he joined Al-Nasr and played just four games for the team. The following year, he joined Lyn Oslo, and from there, he was loaned to the EFL League One club Bolton Wanderers in Jan 2006. He made his debut game for Bolton in the League cup against Fulham in September 2007. 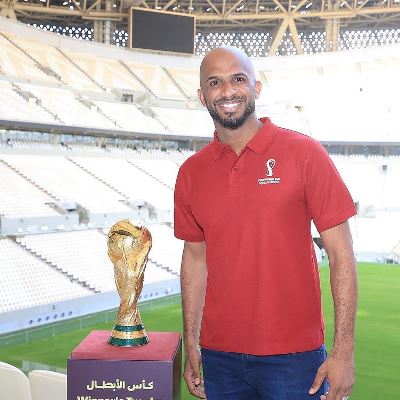 He was loaned to Wigan Athletic for a season and then signed permamnetlly after. He appeared in 102 games for Wigan. Likewise, he appeared for Brighton and Hove Albion(loan), Reading and AL-Hilal. Competing three-year tenure with Hilal, he decided to join Championship side West Bromwich Albion on a free transfer on 29 August 2019.

After joining West Bromich for the 2019-20 season, he Shortly declared his retirement from football on 21 August 2020.

Likewise, he played for his nation in numerous world cup qualifiers matches and tournaments. After he retired from football, Ali is still aiding the growth and development of Omani football.

How much money did he make from his football career?

He is one of the high-profile footballers from Oman who played in the world's top leagues. As per the sources, Ali has a net worth of $8.4 Million.

The ex Omani footballer Ali happily marries his beloved spouse Basma Ali-Habsi. However, their wedding date remains a mystery. The Habsi family is a family of four, including two daughters and a son. 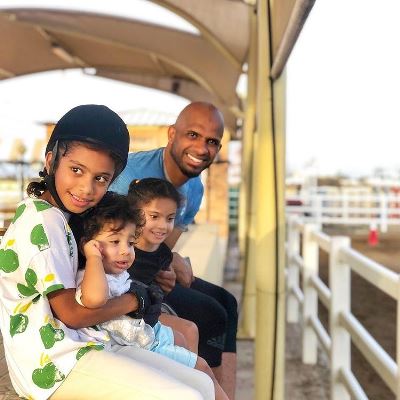 The Hasbi family happily resides in Oman. He has shared his family's beautiful photos on his Instagram.

Read more diversifying news, facts and affairs of other athletes at Playerswiki