Alex Eduardo Valera Sandoval a.k.a. Alex Valera is a footballer from Peru who plays as a forward for Universitario and the Peru national team. Peru international is considered one of the famous Peruvian footballers in his country.

The 25-years old Peruvian forward has had a keen interest in football since childhood. He represents himself wearing jersey number 20. Valera made his international debut for Peru on 17 June 2021 in a game against Brazil.

Alex Valera's actual name is Alexa Eduardo Valera Sandoval is a Peru international born on 16 May 1996 in Chiclayo, Peru. As per astrology, his star sign is Taurus and at the moment, he is 25 years of age. His love and passion for football grew even more as he grew. So, Valera decided to play professionally. 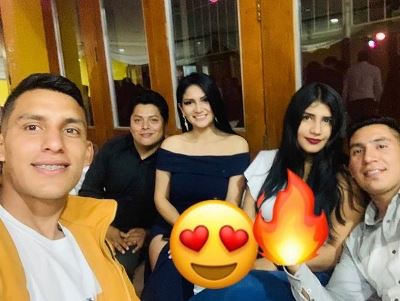 The Chiclayo-boy Valera is born to the father Armando Valera nad mother Veronica Valera. He is very closed to his parents. The Valera family often goes on vacation and spends a quality moment together. Other family details are stilled under the radar. However, he seems to have siblings, brother and sister, but still is unsure. He has posted a group picture on his Instagram writing, "Familia."

The Peru nationality is 25-years old currently. Other players mostly added a massive game to their stats list at his age. But Valera, however, began his career a bit delayed compared to other players. The Universitario forward started his club career professionally in 2020.

Valera played his first professional career game for Deportivo Llacuabamba in the 2019 season, where he made an appearance in 21 games, adding nine goals to his tally. After his tenure, he joined Universitario on a one-year deal on December 4, 2020. The Peruvian forward has played 30 games for Universitario, sending the ball 14 times behind the net. 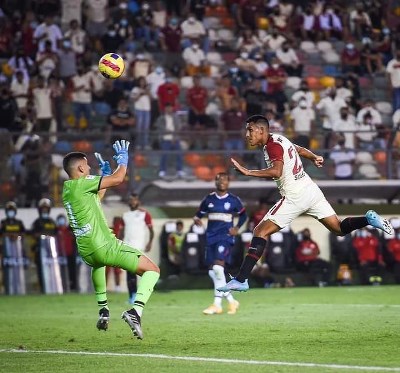 The net worth, annual earning and market value of Alex Valera

Universitario mobile striker Valera is in the early phase of his football career. He is yet to add millions to his net worth. However, the salary number he gets from the club is still not transparent. Observing his luxurious lifestyle on social media, he seems to be earning a healthy income from football. Thus, his estimated net worth is around $1M to $2M. 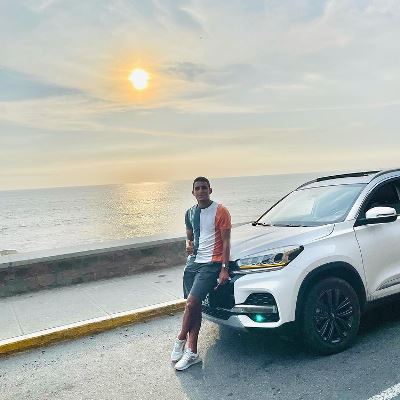 As per the Trasfermarkt, the Peru nationality holds the trending market value of €700K Euros.

Alex Valera being a private personality has kept his love life very confidential. He prefers to stay away from the limelight. The Peruvian forward has saved his life low-key, due to which anything about his dating or love life is unknown to the public. He hasn't been seen with any girls in public, so he is probably single.

We will keep the tabs and update you on this when it's available.