Alexander Joseph Gersbach is an Australian professional footballer signed to the Grenoble Foot 38 as a left-back. He represents the Australian national team at the international level and has earned 6 caps; he has repeatedly represented the nation's youth team.

On May 8, 1997, Gersbach was born in Sutherland, New South Wales, Australia, to a German descent father and Greek Descent mother. He grew up in Sutherland with his parents, and Gersbach is twenty-four years old, stands 1.83 m (6 ft) and weighs over 73Kg.

Alex Gersbach's Net Worth in 2022; How much does Alex earn?

Grenoble's left-back started his senior career in 2013 and has continued his journey to date. As seeing his career, Gersbach had played for more than 7 professional clubs; he played for AIS, Sydney FC, Rosenborg, Lens, NAC Breda, AGF, and Grenoble. He might have collected some earnings to date. Currently, Gersbach plays for Grenoble, which he joined on August 31, 2021, but his salary information has not been flashed out to the public yet. As for Gersbach's net worth, he is believed to have a net worth of $500,000.

Contract and the Market value

Soccer Athletes make good earnings through sponsorships, endorsements, and merchandise; Gersbach has been seen promoting the brand Eleventh Hour Watches on his Instagram. 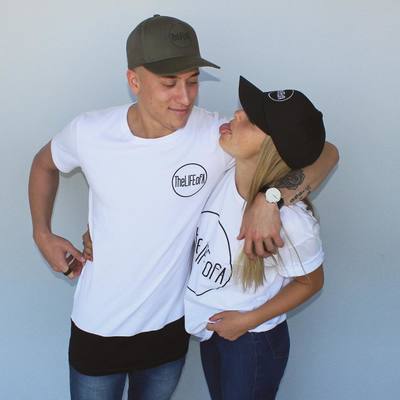 Alex Gersbach with his girlfriend during the promotion. SOURCE: [email protected]

Gersbach's intagram shows he has been promoting some endorsements brands with his girlfriend, and he seems happy about the partnerships.

Aside from his professional life as a football player, Gersbach enjoys a romantic relationship with Hannah Bacon. His Instagram has been filled with pictures of her. The love birds often visit different locations during their vacations, and Alex loves to do it. Hannah has been his prime supporter in his career; this beautiful couple might end up getting married to each other.

Also, know about Allan Nyom's Facts, Net Worth, and Salary.

Gersbach represented his national team from a young age; he was selected to play for the Young Socceroos in the 2016 AFC U-19 Championships qualifications and was called for the senior team, where he played against Tajikistan and Jordan.

He made his first international appearance for Australia on June 4, 2016, against Greece.