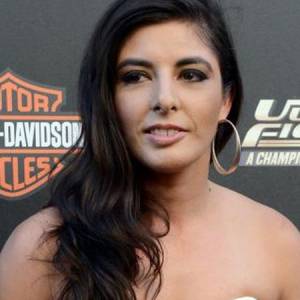 Becoming a professional fighter takes many qualities and Alex Chambers has it all. She has a unique combination of power, will, skill and intelligence and that makes her a great fighter. She is an Australian mixed martial artist. Right now, she fights in the Ultimate Fighting Championship and competes in the Strawweight division. Earlier, she also competed in Invicta FC. Moreover, she was also a contender on The Ultimate Fighter: A Champion Will be crowned. Alex Chambers was born on 28 October 1978 and this makes her age 38 years at this moment. She is an Australian. Her ethnicity is white. Her birth sign is Scorpio. She has not given any info about his parents.

Alex Chambers started taking karate lessons from the age of 5. When she was at the University, she held a 3rd dan in Karate and excelled on an international stage. She made her MMA debut in May 2010. Before that, she became a BJJ national champion. In 2013, she got signed with Invicta FC. On her first game at Invicta, she managed to defeat Jodie Esquibel by submission in the first round. On 11 December 2013, Alex Chambers was signed by the UFC to fight on The Ultimate Fighter: A Champion Will be Crowned. Alex Chambers is the first Australia woman who competed in the Octagon. On 12 Dec 2014, she competed Aisling Daly at The Ultimate Fighter: A Champion will be Crowned Finale. She lost the game via submission in the first round. On Sep 5, 2015 at UFC 191, she lost the fight via submission in the third round against the Paige VanZant.

It isn’t any simple to provide any info about her personal life. Until now, she has not talked about her marriage, boyfriend or affair. It seems like she is not married and neither she has any boyfriend in her life. There was a rumor in the air about her separation with her boyfriend who was also an MMA fighter. Some of her fans are also confused behind her sexual preference. However, she does not look like a lesbian at all. She has a clean image. She has never been part of any controversy in her personal and professional life.

Alex Chambers is considered as one of the most influential persons in the mixed martial arts. She has an average height of 5 feet and 3 inch that is around 1.60m. Her body weight is around 52 kg. As of 2015, her net worth is around $126,700. Her annual salary is $36,200. She has massive of fans on social networking sites. Furthermore, info about her bio can be taken from Wiki.