Alessandro Bastoni is a professional Italian football player who plays for Internazionale Milano and the Italy national team as a center-back. Bastoni was born on 1999 13 April. On 11 October 2018, Alessandro Bastoni made his debut with the Italy U21 team against Belgium.

Bastoni is known for his ball control, passing ability, and good techniques. He is listed on rank 84660 popular Association Football Player. Alessandro Bastoni is one of the famous people with the age of 20 years old.

Alessandro Bastoni was born in a middle-class family on 13 April 1999. He was born in Casalmaggiore, Italy. Nicola Bastoni is his father, but there is no information about Bastoni's mother. Bastoni's father was also a professional football player; he played as a defender (left-back) for the Italian football club Cremonese.

He has an elder brother and a sister, his brother's name is Luca Bastoni, and his sister's name is Michela Bastoni. It seems Alessandro also had a sister Agnese. Alessandro Bastoni shared an emotional note regarding losing his sister on 24 October 2015.

Did you know?.. Luca Bastoni was the one who first began to play football. Alessandro's parents allowed their sons to join part-time school just in case football did not work out; at least they could earn diplomas. Alessandro Bastoni joined a private school in Mantua. He only attended classes on Monday and Tuesday while the rest of the days of the week took over by football.

Before joining the youth side of Atlanta, Alessandro began his youth career for Cannatese, where his father coached him.

Is Alessandro Bastoni In a Relationship? 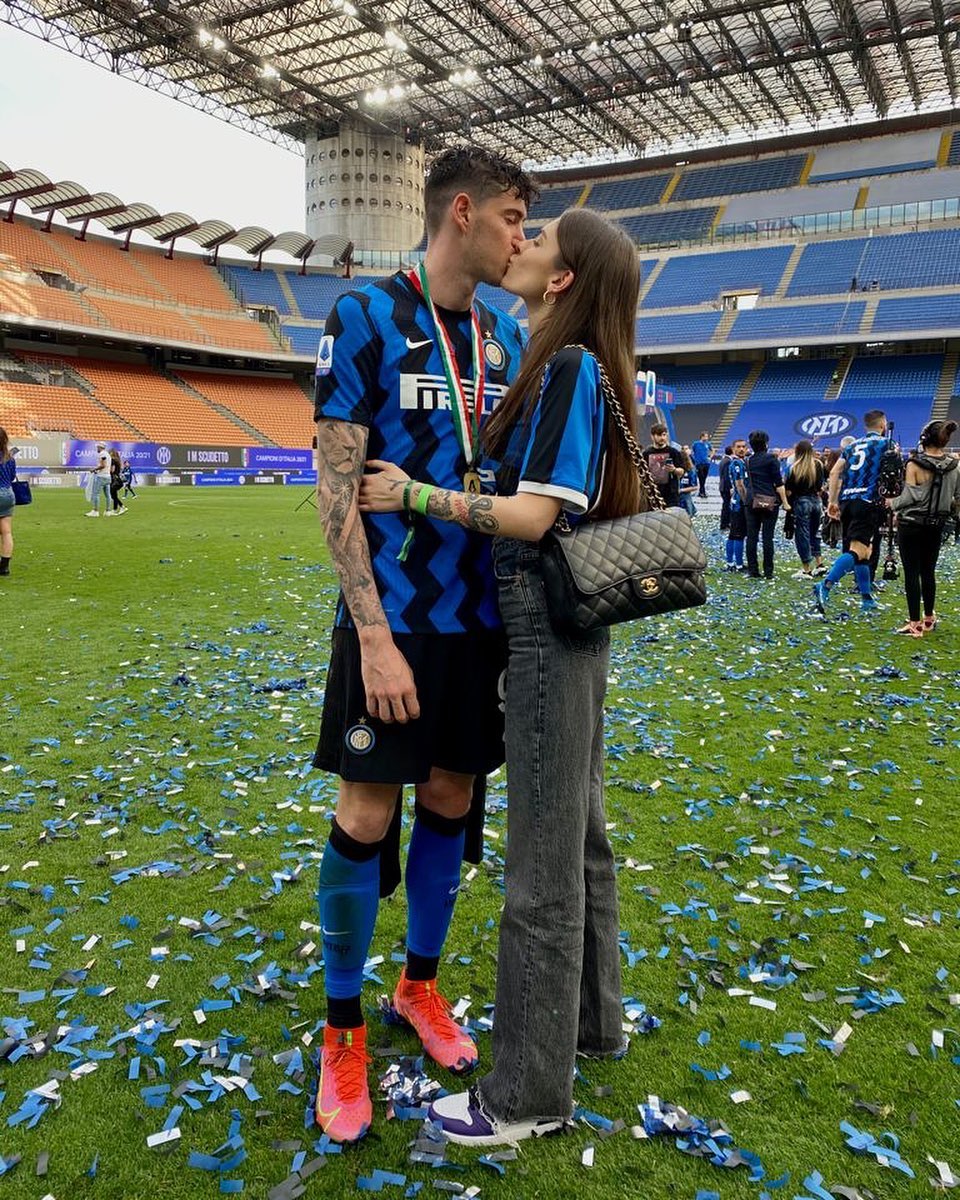 The pair posts numerous photos together. However, the couple has not disclosed how they met and began dating? On 21 January 2022, Camilla gave birth to a beautiful daughter, later named Azzura. Previously, Alessandro was in a relationship with Martina Bulgarelli. Their dating news was known after they were spotted visiting the restaurant "Butega del Seler."

Alessandro Bastoni was passionate about football from a young age. He was just seven years old when he started playing with Atlanta.

Alessandro Bastoni was named on the first-team bench for the first time on 30 October 2016 against Genoa. A month later, he made his full debut in the Coppa Italia game against  Pescara, claiming victory by 3-0.

Alessandro scores his first international goal in a 4-0 win over Norway's under-16 team. Then he was promoted as a captain in his second game with the Netherlands. He played the 2019 UEFA Euro 2020 as a starter.

Alessandro Bastoni made his first senior debut on 11 November 2020 and won against Estonia in Florence. In June 2021, Alessandro was included in Italy's team for UEFA Euro 2020.