Aleksander is a Finnish professional Ice-hockey player who currently plays for the Florida Panthers of the National Hockey League (NHL) as a captain. Additionally, the NHL forward was initially drafted by the Panthers in the 2013 NHL Entry Draft as the first round, second overall pick.

Aleksander who played in the NHL for seven seasons has an estimated net worth of over $15 million. Also, he has collected $25,887,500 as entire career earnings. To know more about his relationship status, personal life, and professional career. Refer to the article below.

Aleksander Barkov Jr. Earnings; How much is his Net Worth?

Aleksander, who started his NHL career in 2011 has collected a hefty net worth of over $15 million which is entirely generated from his professional career. Moreover, he has raised $38,387,500 from 9 season NHL career.

On 8th October 2021, he signed an 8 year $80 million contract extension with Florida.

Back then he was a 4th best-paid player of Panther while Sergei Bobrovsky and Aaron Ekblad are among the highest earner of the team with an annual salary of $10,000,000 and $7,500,000 respectively. Moreover, he was 109th best-paid player in NHL, standing just behind Jonathan Huberdeau and Tyler Myers, having an annual salary of $5,900,000 and $6,000,000 respectively.

Aleksander's career contract and earnings are tabulated below:

Exploring his social account, we found him promoting the product of Sarpaneva Watches, through which he has been earning a decent amount of money. Additionally, he regularly flaunts his expensive car on hin Instagram account. Barkov has a collection of an expensive vehicle, including a Ford car.

Is Aleksander Barkov Jr. in a Relationship? Know about his Personal Life in details

Until now, Aleksander has never talked about his relationship status. Moreover, the rumors about him being in a relationship are never surfaced in the media. However, his Instagram account suggests that he might be dating a girl named Julia. 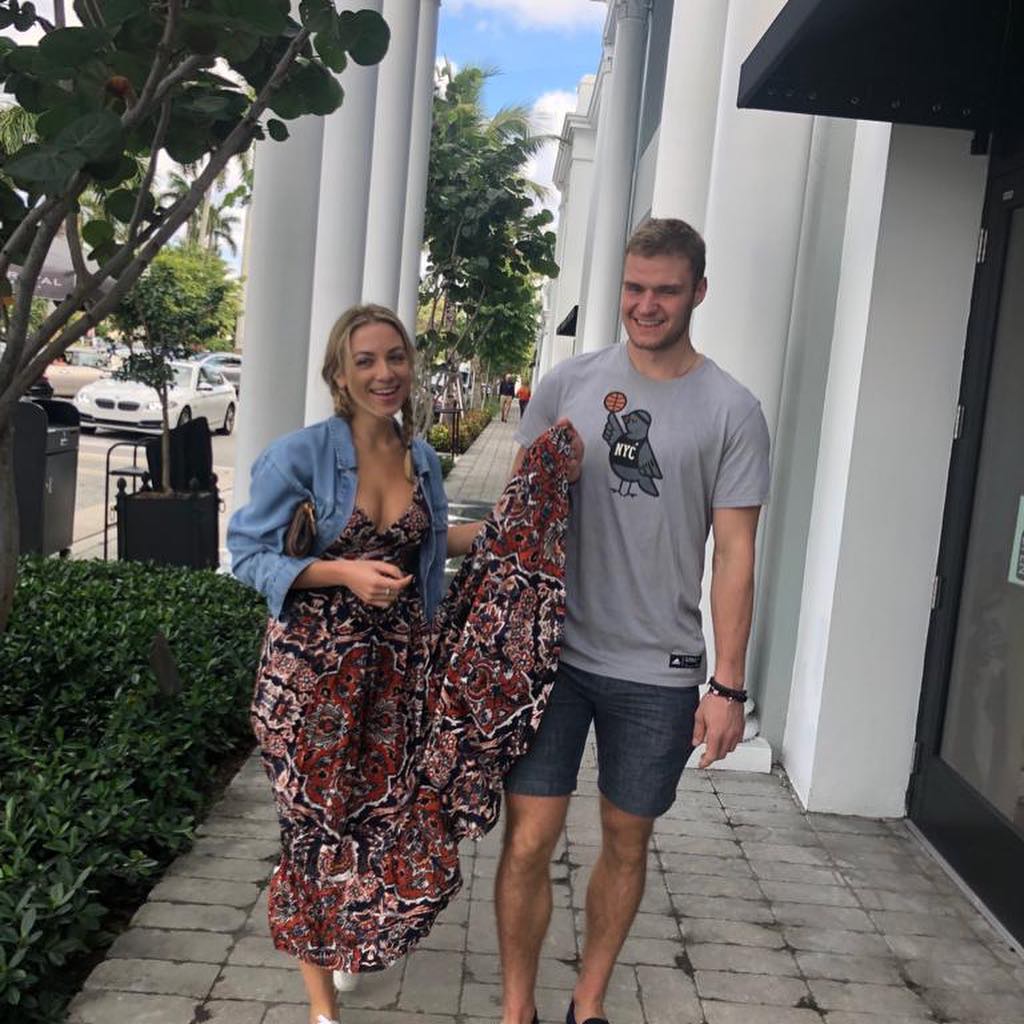 Besides, the duo has never confirmed about their relationship in public till date. As of now, we aren't in a situation to confidently claim about Aleksander relationship status, but we will undoubtedly come up with the information as soon as he decides to speak up in the media.

Apart from love affairs, he often spends his free time in recreational activities like shooting, traveling, playing video games, and many more. Also, he has perfectly maintained is social life as he never misses a chance to spend his time with his friends and family. Also, he is actively involved in social media and has an enormous number of followers.

Aleksander was born on 2 September 1995, in Tampere, Finland to Alexander Barkov Sr. and Olga Barkova. Additionally, Barkov is a Finnish native by birth and belongs to the ethnic group of white.

Further, Aleksander was born under the star sign Virgo. As a junior, he played for the Tappara in SM-liiga and became the youngest player to score the point in the League.

Aleksander currently plays as a Centre for the Florida Panthers of the National Hockey League (NHL). Furthermore, he was selected by the Panther in the 2013 NHL Entry Draft as the first round, the second overall pick.

On 3 October 2013, he became the youngest player since the 1967 NHL expansion to score a goal, breaking the record of Jordan Staal and scoring a goal against Kari Lehtonen of the Dallas Stars at the age of 18. Previously, he played for the Finish team Tappara. Additionally, he was also the part of Finland national team that won a Bronze medal on the  2014 Winter Olympics.