Albian Ajeti is a Swiss association footballer who plays as a striker for Scottish Premier League club Celtic and the Switzerland national team. Ajeti has won numerous awards from his youth career to date. He has played for Basel U21, FC Auberg, St Gallen and West Ham United.

On 26 February 1997, the Celtic striker Ajeti was born in Basel, Switzerland, under a Pisces star sign. Ajeti is 25 years old at the moment. He represents himself wearing jersey number 10. He initially started playing soccer at the age of seven years. The striker is 6 ft tall and weighs over 80 kg.

Ajeti family has been colossal football fans for a very long time ago. The former West Ham United striker Ajeti is the loving son of his mother Sylbije Ajeti, and father Afrim Ajeti. He is not the only son in his family. He also has an older brother Arlind Ajeti and a twin brother Adoni Ajeti. Both of his brothers are also professional footballers. Ajeti was born and raised, where football was everyone's favorite. Ajeti once said that the reason behind entering into football is his older brother Arlind because he has a massive influence on him in his career.

Basel-born striker Ajeti set foot in football when he was seven years old. Twin Ajeti brother started their career together in 2005 as youth players for Basel. Before playing for Basel's senior squad, Albian played numerous test games. He finally made his Basel debut on 13 March 2014 as a substitute player in the 2013-14 Europa League.

The rising player Ajeti played for a decade for Basel Fc, so he is emotionally connected to the club. Later on 8 Jan 2016, he moved to FC Ausburg, signing a four-year deal. It didn't go as he thought, so he was loaned to St. Gallen for a year, playing 29 games, scoring ten goals to his name. At the end of 2017, the Swiss Super League top scorer returned to his former club Basel on 2 October 2017, agreeing on a five-year contract. 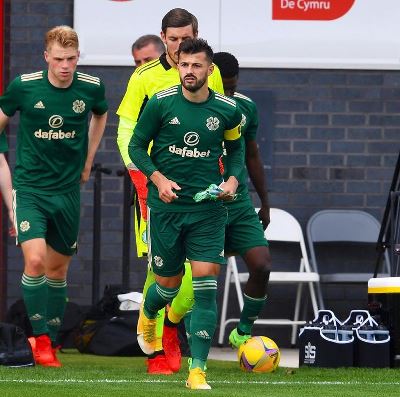 Ajeti even scored in his Basel debut game against Lugano on 14 October 2017. Without getting his contract expired, he assured to leave Basel and then joined West Ham United on 9 August 2019 for £8 Million. Likewise, after passing his contract, he moved to the Scottish Premie League side Celtic on 13 August 2020, signing a four-year contract. The Swiss international made his Celtic debut on 22 August 2020 in the game against Dundee United.

How much does he earn from football? (Annual earnings and net worth)

The Swiss striker is a well-established player and role model for many people. At this age only, he has built a considerable net worth. When he joined Celtic, he netted a staggering yearly salary of $2.3 Million which means he earns $1,91,667 per month. Besides football, he also makes a handsome amount of money from his brands and sponsors. 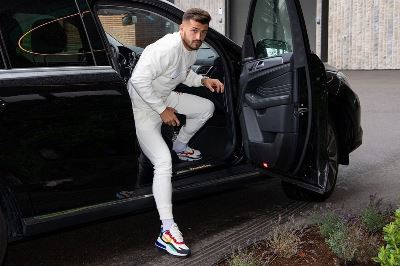 Ajeti has the estimated neth worth of about $11.7 Million.As per Transfermarkt, he holds the trending market value of €2.5 Million as of 2022.