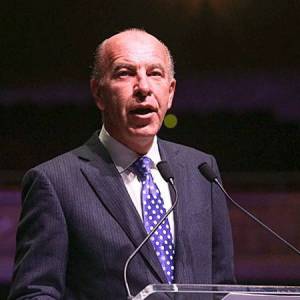 An eminent figure in the journalism world Al Trautwig was born on 26 February 1956. He is a popular sports commentator who works with the MSG Network, NBC, NBC Sports Network and USA Network. Al Trautwig was born in the Nassau Country, New York in the United States of America and this makes his nationality American. His ethnicity is white. He has been active in the field of journalism since the year 1980 and without a doubt, he is a legendary figure in the journalism world. Al Trautwig is a famous journalist and a great interviewer too. Also, he is a sports talk show host, and his work has always been loved by the sports fans. He is a very famous baseball play-by-play announcer. Al Trautwig is one of the most respected personalities in the journalism and television industry. He is a gentleman and even after all the success he has accomplished he has managed to keep himself very down to earth and very humble. He is widely admired for his shows named Hockey Night Live!, Hockey Night Live Summer Ice.

Al Trautwig attended H. Frank Carey Junior-Senior High School in Franklin Square, NY. Later on, he received a degree in broadcasting and journalism from Adelphi University. His broadcasting career started in 1980. He became the host of USA Network’s coverage of the National Hockey League. Usually, he also hosted the NHL on Versus studio program Hockey Central. In 1996, he also served as an employee of Classic Sports Network. From 1991 to 2001, he became the host of the New York Yankees pre and post games shows on MSG Network. He was also the Gymnastics commentator in 2000, 2004, 2008, 2012, and 2016 Olympic Games.

He has not revealed any info about his wife, children and other personal concerns. As he is in the sixties, so he might have a beautiful wife and loving children in his life. In a guess, it is difficult to predict anything. It is often said a popular celebrity is never completed if he has not gone through controversy. He also has been the part of controversy during the Rio Olympics 2016.

Numerous awards and rewards have honored him. He has made a coverage of the last eight Olympic Games. He bags New York Sports Emmy for his coverage of the Yankees, Knicks and Rangers.

Al Trautwig has maintained a great bank balance from his total salary. He has not revealed his salary and net worth to his fans and followers. He has countless admirers who follow him on social networking sites. His fans are extensively growing on Twitter. Moreover, detail info about his life and bio can be taken from Wiki.